Nearly a week after being widely criticized for singling out New York City’s Jewish community as social distance violators, Mayor Bill de Blasio expressed his repeated regrets for his remark during a conference call with multiple Orthodox Jewish media outlets.

De Blasio wrote three tweets after arriving at the April 28 funeral for Rabbi Chaim Mertz in Williamsburg. The mayor was on hand as the NYPD attempted to clear the large crowds accompanying the chassidic rabbi on his final journey, his frustration boiling over at the number of people packing the streets in the midst of the coronavirus outbreak.


He soon found himself under fire for his second tweet, which read, “My message to the Jewish community, and all communities is this simple: the time for warnings has passed. I have instructed the NYPD to proceed immediately to summons or even arrest those who gather in large groups. This is about stopping this disease and saving lives. Period.”

“Singling out one community is ridiculous. Every neighborhood has people who are non-compliant. To speak to an entire ethnic group as through we are all flagrantly violating precautions is offensive, it’s stereotyping, and it’s inviting antisemitism. I’m truly stunned,” wrote City Councilman Chaim Deutsch.

Within 24 hours, de Blasio began distancing himself from his remarks, categorizing them as “tough love” and apologizing if his outburst was unintentionally hurtful.

Those statements did little to cool tensions over the next few days when a sea of police cars and blue uniforms descended on Brooklyn’s chassidic communities. Further adding fuel to the fire were reports of members of the chassidic community slapped with $1,000 summonses as they walked alone down the street, sans masks, while smiling NYPD officers posed for pictures as they distributed masks to other New Yorkers lounging in city parks.

De Blasio has a long history with the Jewish community. As a city councilman, he represented Boro Park from 2002 to 2009 and during his conference call with reporters he proudly pointed to his close ties with Jewish community leaders stretching back through his extended career as mayor, public advocate, and city councilman.

He rejected the notion that a single comment could fracture his relationship with the city’s Jewish community leaders who he has worked with and supported for years.

“I believe that if someone does something by mistake or does something ill-considered, which I have certainly said was my fault, people are fair about it, they don’t take a single moment and forget the two decades that came before it,” said de Blasio, adding, “They understand the context and they understand that we are moving that we are moving forward and that the goal here is to protect lives in the Jewish community and in all communities.”

Those words fell short for Senator Simcha Felder who said that de Blasio has long assumed that his history with the Jewish community gives him carte blanche to say or do as he pleases, a pattern that carries over to his leadership skills.

“If I want to be kind, I would call him incompetent,” Felder told The Jewish Press. “His lack of leadership during the critical early days of the outbreak makes him indirectly responsible for having killed many New Yorkers.”

Getting past the controversy could be difficult for de Blasio, said Felder, but not impossible. “The only way that anything could improve the vacuum he leaves as a terrible mayor would be to bring in a slew of competent people and give them the authority and ability to do whatever they have to do to make the city run well,” observed Felder.

Former Assemblyman Dov Hikind observed that while community leaders who need to work with the mayor can move past the tweet, the average person may not feel the same way.

“Let the mayor come to Boro Park tomorrow and walk the streets,” said Hikind. “Let’s see if people wave to him and say ‘We love you, Mayor de Blasio.’ The anger at him is real. You can feel it. You can taste it.”

Criticizing the mayor for taking months to respond to an uptick in anti-Semitic attacks in the city, Hikind noted that de Blasio has yet to accept responsibility for the wave of anti-Semitism triggered by his remark. One Twitter user replied to de Blasio’s tweet saying, “ppl hate them for 4k years,” while white supremacist Richard Spencer retweeted de Blasio’s tweet, calling it “Tough but fair.”

“What was concerning to me was the dramatic enforcement of social distancing by the NYPD you saw in the Brooklyn Jewish community afterwards and lack of enforcement in other areas,” said Assemblyman Daniel Rosenthal. “A few months ago, during the anti-Semitic crime spree, we literally begged for more police protection and were told the resources weren’t available. We now know that was a total lie.”

Even as he called on the Orthodox media to continue reminding their readers that social distancing saves lives and that large gatherings can be deadly, de Blasio acknowledged that he understood some of the backlash to his tweet, referencing “a backdrop of anti-Semitism that is way too strong in this country and in this world and must be fought every day.”

“I can understand why people say, ‘Okay, anything that even inadvertently contributes to it is a real problem and must be addressed,’” said the mayor. “I agree with that statement which is why I have gone out of my way to say what I meant and to apologize for the mistake. But we need much more energy to go into saving lives in the Jewish community and all communities right now.”

The mayoral apology fell short for Felder. “In my mind, an apology starts of with ‘I’m sorry,’” he said. “When you go on to offer a commentary of why you didn’t really have to apologize, then it is obvious you are saying something to keep people quiet and that you didn’t really mean it.”

As of Tuesday morning, the mayor’s tweet had been retweeted nearly 11,000 times and garnered more than 34,000 likes. (Even Texas Senator Ted Cruz weighed had in early: “Would DeBlasio have sent this identical tweet with the word ‘Jewish’ replaced by any other religious minority? If not, why not? Laws should be enforced neutrally w/o targeting religious faith. #ProtectFreeExercise.”)

Asked by Jewish Press reporters during the conference call why his tweet had not been deleted if he considered it to be a mistake, the mayor replied that taking it down would only generate more controversy, but that he would discuss the matter with his advisors. Still, de Blasio had difficulty backing away from his remarks.

“I know when a message is meant to be divisive and hurtful versus one that is not,” said the mayor. “I’m reading it and clearly this was meant to be a message to everyone, was reflecting on something that happened in one community but was meant to be for everyone.”

A longtime community activist who spoke to the Jewish Press on condition of anonymity agreed that the time had come to move on. Calling the mayor a friend, he said that he hoped that City Hall was viewing events of the past week as a hard-learned and supremely important lesson for the future.

“Yes, the mayor made a mistake, an unforced error, but it’s not in our best interests to alienate the mayor of New York City. Mr. de Blasio acknowledged his poor choice of words. Let’s use it as a teachable moment, fight together with him against anti-Semitism and ask him to be more vigilant in calling out the unacceptable bigotry of chassidim and Orthodox Jews we have been witnessing.

“We as a community have vital needs and further continuing this regrettable conversation doesn’t move our real issues forward.” 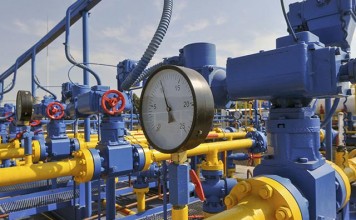