The Monsey Chanukah stabber Grafton E. Thomas who on December 28, 2019, invaded the home of a Chassidic rabbi in Monsey, NY, wielding a machete, and stabbed five guests, one of whom eventually died, was declared by a psychologist as unfit to stand trial, the prosecutors and Thomas’s attorneys stated on Wednesday.

According to the joint statement, Dr. Lea Ann Preston Baecht submitted a report on March 30 saying Grafton was deemed unfit for trial.


On April 20, 2020, Judge Cathy Seibel ruled that “the defendant is presently suffering from a mental disease or defect rendering him mentally incompetent to the extent that he is unable to assist properly in his defense.” She ordered him to be hospitalized in a mental facility for up to four months, following which his status will be reviewed again.

This latest psychological evaluation is not expected to change in the foreseeable future.

Thomas is accused of entering the home of Rabbi Chaim Rottenberg on a Saturday night, the seventh night of Chanukah, holding an 18-inch machete, with the intention of killing as many Jews as possible. The rabbi was holding a Chanukah party at his home at the time of the attack. Thomas is accused of stabbing and slashing as many people as he was able to reach before he finally was driven out of the house by a man who threw furniture at him to make him leave. Five people were taken to the hospital with injuries. Doctors performed two surgeries to save the life of 70-year-old Yosef Neumann, who died three months later.

Thomas has a long history of serious mental illness, and in 2018 was diagnosed with paranoid schizophrenia in a psychiatric evaluation at the Orange County Medical Center after confronting a police officer with a knife.

Investigators found in Thomas’s possession handwritten journals expressing anti-Semitic views, including musings about Adolf Hitler, Nazism, drawings of a Star of David and a swastika, a reference to the Black Hebrew Israelites, which the Anti-Defamation League and Southern Poverty Law Center have identified as linked to anti-Semitism. In the weeks before the Monsey attack, Thomas searched multiple times online for the phrases “Why did Hitler hate the Jews,” “German Jewish Temples near me,” and “Zionist Temples” in Elizabeth, New Jersey, and on Staten Island. 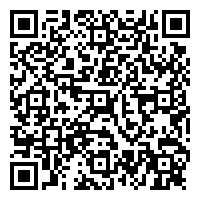