According to one of the submitted documents, the subpoenas for former President Trump, Ivanka, and Donald Trump, Jr. were served on Dec. 1. The former president’s other son, Eric Trump, was questioned by the AG’s office in October 2020.

The inquiry is seeking to discover whether Trump fraudulently inflated the value of his assets in his presentation to banks to receive loans, and deflated them to reduce his tax payments. Should the AG conclude that there are grounds for a lawsuit, she would still not be able to file criminal charges against the former president or his children because this is a civil inquiry.

However, the AG is also a party to the criminal investigation of Manhattan District Attorney Alvin Bragg, who replaced Cyrus Vance Jr. on Saturday.

Trump’s attorneys on Monday asked the court to block the subpoenas, suggesting AG James was improperly supporting the criminal investigation and the grand jury process by questioning Trump and his family under oath in a civil inquiry – which could later be used against them in criminal court.

“She cannot wear two hats and do a civil investigation and a criminal investigation with the DA at the same time,” said Trump’s attorney Ronald Fischetti.

Alan Futerfas, who represents Ivanka and Donald Trump Jr. and Ivanka Trump, argued that the “subpoenas circumvent the rights to grand jury protections we all have.”

AG James responded rather impatiently, saying: “These delay tactics will not stop us from following the facts or the law, which is why we will be asking the court to compel Donald Trump, Donald Trump Jr., and Ivanka Trump to testify with our office under oath. Our investigation will continue undeterred.”

Facing both civil and criminal trials, Trump and his children will be stuck between a rock and the hard place almost literally: for the sake of the criminal proceedings they are better off not answering the civil charges against them – but that could cost them the civil case and a whole lot of money. 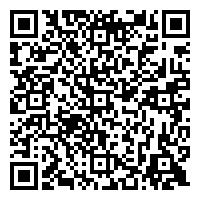