Matthew (Menachem ) Karelefsky, 41, a teacher from McKeesport, Pennsylvania, who has been arraigned on attempted murder and arson charges for starting a fire last week that destroyed three homes in Midwood, Brooklyn, told police he wanted revenge against a rabbi he claims molested him as a child, NY1 reported Monday.

According to a citation from social media, Karelefsky posted this note circa 2016: “I am writing to the frum world to explain why I left Yiddishkite and converted to Christianity…”

According to the NY1 report, Karelefsky has a tattoo on his body that says “Never let go of the hatred – kill Rabbi Max.” The same report says the reference is to Jonathan Max, who was his teacher at the Chaim Berlin Yeshiva.

According to the NY Times, Rabbi Jonathan Max lived in one of the burned down homes. He was not injured in the fire.

FDNY officials say 13 people were hurt in the fire, including one baby. Three firefighters were also hurt.

June 16, 2019
MIDWOOD, BROOKLYN ARSON FIRE UPDATE!
Tonight a Judge Denied Bail to Alleged Suspect Matthew Karelefsky.
And Order Of Protection has also been Issued so that he has no contact With Rabbi Max. The case goes to a Grand Jury on June 21st.. pic.twitter.com/pK4nyyu5SH

Karelefsky regularly attacked Rabbi Max on social media, without offering proof to back his accusations. The general consensus is that these accusations have been false. Rabbi Max’s son, Ezra Max, 49, told the Daily News Karelefsky is a “psychopath,” with “a history of saying very strange things. He said he was going to make an attempt on my dad’s life. He’s a sick individual who needs help.”

In January, Karelefsky wrote, “I will say this… One of the MAIN reasons why I started exploring the option to leave Judaism is because Chaim Berlin forced my children to go to secular studies… … And now I am the BIGGEST ORTHODOX JEW HATER …And , if my kids weren’t forced to go to secular studies, I would still be frum and love Jewish people…PS, I ALSO was a big fan of Rabbi Slifkin and the ban on Rabbi Sklifkin is one of the BIGGEST reasons why I left Judaism.”

Ezra Max, the son of the rabbi whose home was destroyed by fire Friday says he doesn’t know why the suspect, Matthew Karelefsky, was intent on killing his father but it seems he needs psychiatric help. More on @1010WINS #1010WINS pic.twitter.com/dNkQ3bddpj

Rabbi Natan Slifkin, originally from Manchester, UK, an Orthodox rabbi and director of the Biblical Museum of Natural History in Beit Shemesh, Israel, is best known for his books on science, which included “cautious references to evolutionary theory,” and were eventually were banned by Haredi rabbis in 2015.

Midwood resident Shimon Gifter told the Daily News last week that Karelefsky “lives in Pittsburgh, but people saw him around the neighborhood yesterday. He was asking people where Rabbi Max is, ‘I want to kill him.’ But people didn’t believe him. He’s been saying stuff like that for 10 years. He said to me, ‘I want him to drop dead.’” 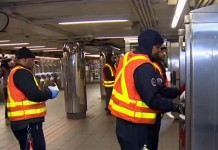 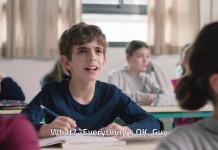 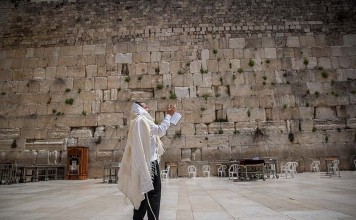 8 Israelis Dead as Number of Infections Rises to 2,666 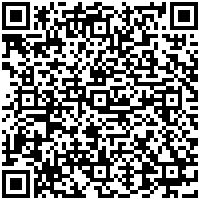