Ukrainian-American New York City Council Member for the 48th district Inna Vernikov will lead a march protesting the antisemitic attack on two Jewish men in Bay Ridge last Sunday. The march will commence at the corner of Bay Parkway and 86th Street at noon, January 2.

Vernikov, who replaced Council Member Chaim Deutch on the New York City Council, is an observant Jew who came to the US from Ukraine with her family when she was 12. Last week, she took up the cause of Blake Zavadsky and Ilan Kaganovich, both 21, who were were attacked by two individuals who called them “dirty Jews” and one of the attackers punched one of the Jews in the face because he was wearing an IDF hoodie, outside the Foot Locker in Bay Ridge just before 11 AM last Sunday (Antisemites Attack Two Jews in Brooklyn for Wearing ‘IDF’ Hoodie).


Councilwoman Vernikov told the NY Post a week ago: “These boys’ families escaped the Soviet Union precisely because of incidents such as this one. Jews were beaten, jailed, and ostracized from society just for being Jewish. We escaped to this country for freedom of religion, and here we go again, getting beaten up in broad daylight in the middle of Brooklyn, NY, in the United States of America.”

An immigration and divorce attorney, Vernikov drafted a legal memorandum on potential criminal recourse against Internet-based Nilesat IPTV, which posted Hamas and Hezbollah television shows. She began her political career as an aide to New York State Assemblymember Dov Hikind and decided to run for City Council as a Republican to fight the rise in antisemitism in socialist in New York City.

Vernikov has vivid childhood memories of socialism in the former Soviet Union. In May, she told JNS: “I remember standing in very long lines with my grandfather—he’d have a ticket so we could get one loaf of bread and one bottle of milk for the entire family.” 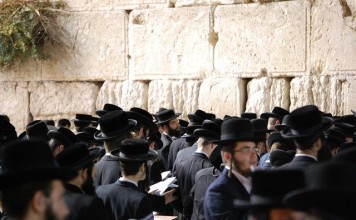