Polish Media Issues (PMI), presenting itself as “a leading, politically independent, international organization fighting against inaccurate media reports about Poland,” is on the warpath against New Jersey Senator Bob Menendez (D), who earlier in the month told the American Israel Public Affairs Committee:

“We’ve seen anti-Semitism creep into political discourse across the world. On display in squares and streets we could never have imagined it would again find a home.”


The senator then offered a fresh example: “Last month we watched with horror as Poland passed a law criminalizing the act of acknowledging that Poles had a role collaborating with the German Third Reich. This is a gross attempt to rewrite history, one that risks denying the past, the suffering of millions, and stoking anti-Semitic hatred.”

Oh no you don’t! was the PMI reaction, coupled with a protest and followed by threat:

“It has been 9 days since Sen Menendez’ deeply insensitive and hurtful statement – and still No Retraction and No Apology. Would all recipients of this email please remind Sen. Menendez of his rightful obligations to tell the full truth clearly, not misrepresent it.”

According to PMI, “Poland, as a country, never collaborated with the occupying forces (in contrast to many other European countries).” The leading, politically independent, international organization also claimed that “the isolated cases of collaboration by individual people (no more than 0.1% of the whole society) can in no way be interpreted as a complicity in the Holocaust.”

That’s all, nothing to see here. Only one tenth of one percent of Poles turned millions of Jews into the hands of the Nazis, robbed them, took their homes and murdered them in well documented pogroms, during and after the war.

Incidentally, considering the Polish population in the 1930s stood at roughly 22 million, 0.1% still represents a considerable number of Poles: 22,000. That’s an army. We would like very much to receive the list of those admitted collaborators and murderers, so that they may be prosecuted by the Polish authorities and the property they admittedly stole from their Jewish neighbors be returned to its rightful owners.

David Duke and Ilhan Omar Sitting in a Tree, K-I-S-S-I-N-G 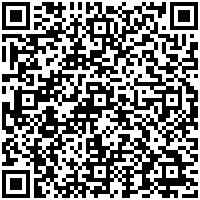