U.S. Secretary of State Mike Pompeo has announced an international summit in Poland next month on Iran, in addition to promoting stability and freedom in the Middle East.

The U.S. top diplomat told Fox News during his weeklong trip to the region that “we’ll bring together dozens of countries from all around the world” from Feb. 13-14.


This development is part of the administration’s “maximum pressure” campaign against Iran through slapping on fresh sanctions and reimposing penalties that were lifted under the 2015 nuclear accord that the U.S. withdrew from in May 2018.

“Countries will all come together to focus on Middle East stability and peace and freedom and security … in this region, and that includes an important element of making sure that Iran is not a destabilizing influence,” he continued.

As the United States starts to withdraw its troops from Syria, Pompeo said: “We want to make sure all the options are open as that political discourse begins. We are very hopeful that we will get the bad actors in the region, the Russians and the Iranians, to come to the table, along with the regime and all the other stakeholders in there, to come to the table and have conversations about what a post-civil-war political structure might look like in Syria.”

In a speech in Cairo on Thursday, the secretary of state said that “America is a force for good in the Middle East.” 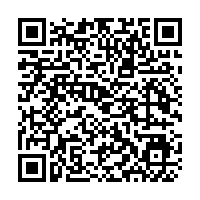