Secretary of State Mike Pompeo told reporters at a briefing Wednesday at the State Department in Washington DC that the United States will continue to work with “all the parties involved” in an effort to advance President Donald Trump’s Middle East peace plan.

The statement came as part of his response to a reporter who asked for his reaction to a declaration by Palestinian Authority leader Mahmoud Abbas that he was ending security cooperation with Israel and the United States in response to a decision by Israel’s new unity government that it would seriously consider extending sovereignty over her Jewish communities in Area C, specifically in Judea, Samaria and the Jordan Valley.

In a speech he delivered Tuesday at an emergency meeting of the Palestinian Authority leadership in Ramallah, Abbas said, “The Palestine Liberation Organization [PLO] and the state of Palestine are absolved, as of today, of all the agreements and understandings with the American and Israeli governments and of all the commitments based on these understandings and agreements, including the security ones.

“The Israeli occupation authority, as of today, has to shoulder all responsibilities and obligations in front of the international community as an occupying power over the territory of the occupied state of Palestine, with all its consequences and repercussions based on international law and international humanitarian law, particularly the Fourth Geneva Convention of 1949, which holds the occupying power responsible for the protection of the civilian population under occupation and their property, criminalizes collective punishment, bans theft of resources, appropriation and annexation of land, bans forced transfer of the population of the occupied territory and bans transfer of the population of the occupying state (the colonialists) to the land it occupies, which all are grave violations and war crimes,” Abbas said, according to the official Palestinian Authority-run WAFA news agency.

“We note the announcement by Abbas,” the Secretary of State told the reporter at the briefing in response. “I was in communication with our teams there. We hope that the security arrangements will continue to be in place; that the work that’s done on the ground there to keep people in Israel and in the Palestinian Authority safe will continue. I’m not exactly sure what to make of his statement, but I regret that he has decided to abrogate these agreements,” Pompeo said.

“We laid out a very clear vision for how peace could be brought. We asked simply for this: we asked the Israelis and the Palestinians to agree that that would be the basis for negotiations between them.

He added that while he was in Israel for a six-hour “flash” visit last week, one of the topics on the agenda was “how we can move this vision for peace forward.

“We’re going to continue to work with all the parties involved to try to get that ultimate outcome,” Pompeo said. “You can see how the Middle East has changed. You can see how you now have the most anti-Semitic country in the world, the Islamic Republic of Iran, pitted against Arab nations and Israel, who understand that the great threat in the Middle East is very different than it may have been decades ago. That threat now emanates from Iran.” 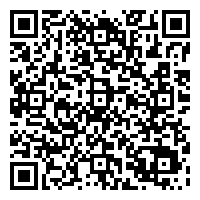