The Policy Working Group – 25 Israeli retired ambassadors, academics and “peace activists” – on Monday sent a letter to President Trump’s peace envoy Jason Greenblatt warning against the planned US recognition of Jerusalem as Israel’s capital. The group is led by renowned leftwing activists with a record of attacking Israel in foreign arenas, such as Alon Liel, who served as director of the Foreign Ministry under then Prime Minister Ehud Barak. Liel also served as Barak’s foreign affairs adviser.

In January 2016, right-wing activists disseminated a recording of a meeting between Liel and members of Breaking the Silence in which Liel is urging his audience to pressure UN member states to vote for a Palestinian state. He also confesses that he has given up on the rightwing establishment seeking the two-state solution.

In February 2013, Liel published an op-ed declaring that Israel was already on its way to becoming an Apartheid state.

The letter to Greenblatt, which was also signed by former Israeli diplomats Ilan Baruch—who resigned when Avigdor Liberman (Yisrael Beiteinu) became foreign Minister, and Élie Barnavi, a veteran member of the Meretz party, stated: “We are deeply concerned by recent reports that President Trump is seriously considering the announcement of his decision to unilaterally recognize Jerusalem as the capital city of Israel.”

The letter also warned that “a declaration by the president recognizing Jerusalem as the capital city of Israel while ignoring the Palestinian aspirations in this respect would further deepen the asymmetry between the two sides, severely harm the prospects for peace and could ignite the entire region.”

In other words, reverse 50 years of liberation and bring back to the holy city its West Berlin-East Berlin reality of the 1950s and ’60s, when foreign tourists used the Mandelbaum Gate crossing to walk through the barbwire fence that divided Jerusalem. 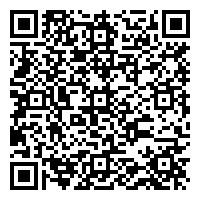