The legislation, which was included as part of a larger state spending package, was approved late yesterday in the Senate by a vote of 37-4, and the House of Representatives passed it by a vote of 116-2 in March. South Carolina Governor Henry McMaster has already endorsed the anti-Semitism measure, and has committed to sign it into law.

“There has been an alarming increase in anti-Semitism nationwide, and particularly on our nation’s college campuses,” stated LDB’s Director of Legal Initiatives Aviva Vogelstein. “This bill gives South Carolina the tools to protect Jewish students’ and all South Carolina students’ right to a learning environment free of unlawful discrimination. Just as two dozen states followed South Carolina’s lead on legislation condemning the movement to boycott certain countries, we are hoping this momentous step will result in another national wave to, once and for all, begin defeating rising anti-Semitism.” LDB representatives testified at multiple South Carolina hearings on the bill and have been working closely with state legislators to ensure passage.

Joseph Sabag of the Israel Allies Foundation added, “This bill gives educators a uniform tool for ascertaining intent, similar to the use of confessions in criminal proceedings. It will ensure authorities consider the federal government’s definition of anti-Semitism in instances when it is necessary to determine the intent of constitutionally unprotected activities, including assault, battery, harassment, intimidation and vandalism. And it will protect against unlawful suppression of speech to ensure that all views can be fully expressed.”

South Carolina was the first state to pass legislation prohibiting state governments from contracting with entities that support the discriminating practice of boycotts on the basis of national origin. Since South Carolina passed its bill, H. 3583, 24 states have passed similar laws.

According to the FBI’s Hate Crime Report, Jewish hate crime victims, outnumber victims of all other religious groups combined. And the problem is most serious on college campuses. A Brandeis Center/Trinity College study found that 54% of Jewish students reported experiencing or witnessing anti-Semitism in 2014. A Brandeis University study found that by 2015, the number of Jewish students experiencing anti-Semitism spiked to nearly 75%. And, according to the Anti-Defamation League’s latest report, anti-Semitic incidents on U.S. college campuses increased 89% in 2017.

The South Carolina legislation will help break down the barriers in the fight against anti-Semitism by providing educators and administrators with a clear and uniform definition to recognize anti-Jewish bigotry. The definition included in the bill is the global “gold standard” used to define anti-Semitism, and is used by the U.S. federal government to assess incidents that occur abroad. It is substantially similar to the definition that has been supported by the 31 governments that are members of the International Holocaust Remembrance Alliance; all 50 countries, except for Russia, that make up the Organization for Security and Cooperation in Europe; and the governments of the United Kingdom, Romania, Austria, Germany and Bulgaria. It has also been adopted by the United Kingdom to use in colleges and universities.

“Anti-Semitism, and the forces that have led to its resurgence, are not representative of the values of South Carolina,” stated Representative Alan Clemmons (107th District) who authored the legislation. “Yesterday, Holocaust Memorial Day, is the culmination of a two-year legislative effort to respond to the FBI’s findings that Jewish students are the mostly likely of all minority groups to suffer hate crimes on campus. Thanks to Sen. Larry Grooms’ leadership in the Senate, South Carolina has taken the ultimate legislative step in codifying a uniform definition of anti-Semitism for state supported institutions of higher education that must be applied to illegal acts and breaches of university policy to determine anti-Semitic intent. This measure is an important step forward in protecting the civil rights of Jewish students. As we remember the millions of Jewish lives taken in the Holocaust and the dramatic increase in anti-Semitic incidents we see happening in the U.S. and around the world, I’m hopeful that South Carolina will be the first of many states to take such action to discourage anti-Semitism on campus and to appropriately discipline those who engage in such hateful activity.”

Senator Larry Grooms (37th District), who fought hard for the bill in the Senate, stated, “South Carolina legislators are incredibly disturbed by the increase of anti-Semitism around our nation and particularly the threats our young people face daily on campus. We all agree this must stop. All students deserve the same protections of their rights, and our colleges must address all discriminatory conduct, including anti-Semitism, with equal rigor and condemnation. My colleague Alan Clemmons introduced a bill to provide our state’s colleges with the crucial tools to fight discrimination of Jewish students, and I am pleased my Senate colleagues approved it with overwhelming bipartisan support.”

“We applaud the South Carolina legislators, particularly Representative Alan Clemmons, who authored and shepherded this critical legislation from its inception and through every hearing and every vote, and Senator Larry Grooms who championed this legislation and brought us victory in the Senate, as well as Representative Beth Bernstein, Joseph Sabag and our colleagues at the Israel Allies Foundation, Columbia Jewish Federation, Charleston Jewish Federation, and the scores of South Carolina students, parents, educators and religious leaders for their tireless efforts to fight hate and discrimination,” added Vogelstein. 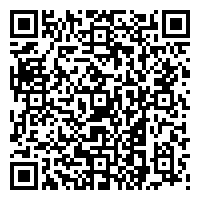