Calling a federal district court’s ruling on the Texas anti-BDS law an “Israel-exception” that is “nothing less than a naked assault on principles of equal treatment” and “has no basis in the law,” the Louis D. Brandeis Center for Human Rights Under Law, urged the federal court of appeals to reverse the judge’s injunction on Texas’ anti-BDS law.

Hadassah, The Women’s Zionist Organization of America, joined the Brandeis Center in filing a legal brief in the federal court today.


In January, U.S. District Judge Andrew S. Hanen ruled that the Texas law barring government entities from doing business with contractors that participate in a boycott of Israel violated a Palestinian-American contractor’s First Amendment rights. The Texas Attorney General appealed the ruling, and the U.S. Court of Appeals for the Fifth District received amicus briefs last Friday as it prepares to review the lower court’s decision.

Contrary to the misinterpretation of the district judge’s ruling expounds the Brandeis Center, the Texas anti-BDS law only targets discriminatory behavior, not speech, and therefore is not immune from state regulation. In fact, notes the Brandeis Center, the Texas law appropriately disincentivizes state contractors from “engaging in discriminatory boycotts of Israel and those who do business with Israel, while steering clear of any regulation of speech.” Under Texas law, contractors are permitted to speak passionately and to advocate openly in support of a boycott of Israel. An economic boycott, though, is discriminatory conduct, not speech, and is not protected by the First Amendment.

The Brandeis Center cites numerous cases where anti-discrimination laws, like Texas’ anti-BDS law, routinely withstand challenges under the First Amendment. For example in Grove City College v. Bell, the judge rejected a First Amendment challenge to a law requiring that recipients of federal tuition assistance certify they do not discriminate based on sex. In another, Bob Jones University v. the U.S., the judge ruled that conditioning tax-exempt status on a university’s adoption of non-discrimination policies does not infringe on First Amendment rights.

In addition, argues the Brandeis Center, conditions on contractors are a pillar of anti-discrimination laws at all levels of government and these conditions do not encroach on the First Amendment. “Federal, state, and local governments across the United States regularly and appropriately use similar conditions on government contracts to promote equality under the law, combat discrimination, and ensure that public funds are not used for illegal or invidious purposes.

“It is well-settled that States may advance legitimate interests, such as combatting the scourge of discrimination, through the imposition of conditions on government contracts, and that they are not required to deploy state funds to subsidize discriminatory conduct. The district court, however, refused to apply this basic principle here, where the State of Texas seeks to refrain from contracting with entities that partake in discriminatory boycotts against Israel. This Israel-exception to the States’ established authority to set conditions for government contracts has no basis in the law. And the result is that the State of Texas must now subsidize conduct—economic sanctions directed at a particular nation and its citizens—that the people of Texas, through their elected representatives, have determined to be discriminatory and sought to disincentivize. This Court should remedy this problematic state of affairs by reversing the district court’s order,” argues the Brandeis Center.

The brief filed on behalf of the Brandeis Center and Hadassah was prepared by Akiva Shapiro, Michal Baum, John H. Heyburn, and Katie Rose Talley of Gibson, Dunn & Crutcher LLP. 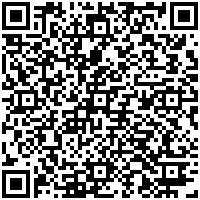