At least 1,139 Hezbollah terrorists have been killed since 2011 while fighting alongside Bashar al-Assad’s army in the Syrian civil war, a new survey by the Meir Amit Intelligence and Terrorism Information Center (ITIC) shows.


Most of the Hezbollah casualties were killed in 2013-2015 during a period in which the Syrian regime was fighting for its survival. Since the end of 2015, following the Russian army’s intervention, the number of Hezbollah fatalities gradually decreased every year, until 2018, in which only 25 Hezbollah terrorists were killed in battle.

Former IDF Chief of Staff Gadi Eisenkot stated in June 2017 that at least 1,700 Hezbollah members had been killed in Syrian and over 7,000 had been wounded in battle.

While Hezbollah has incurred heavy losses in Syria, it has acquired considerable combat experience in the fighting in Syria, which it can apply in the battlefield against Israel. On the other hand, the large number of commanders who have been killed in combat has been detrimental to Hezbollah’s military abilities and knowledge.

About half of the Hezbollah operatives were killed in fighting zones along the Syrian-Lebanese border, in Al Zabadani, the Qalamoun Mountains, and Al-Qusayr. They were killed near the Syrian-Lebanese border attempting to prevent the incursion of Sunni of Jihadi terrorists, primarily the Islamic State (ISIS),  a fact that assisted in acquiring Lebanese legitimacy for Hezbollah’s involvement in the Syrian civil war.

In other regions, Hezbollah fought to promote interests of the Syrian regime or Iran.

Some of the fatalities were killed in battles which clearly served Iranian interests, rather than Lebanese or Shiite interests. Furthermore, some of the Hezbollah operatives who were killed in Syria were engaged in training and establishing Shiite militias commanded by Iran in various fighting zones. In some of the photos, Hezbollah operatives can be seen wearing two shoulder badges – the Hezbollah badge and that of the Iranian Revolutionary Guards (IRGC).

Most of the operatives killed, 43 percent, were in their early twenties and were sent to Syria without prior combat experience. About 30 percent of the casualties were veteran operatives who had fought against the IDF while it was operating in Lebanon. About 10 percent of those killed had participated in the Second Lebanon War.

The study examined an argument that Hezbollah chose to send residents of disadvantaged regions and found the claim to be wanting. The study found dozens of names of operatives closely associated with Hezbollah’s senior leaders, including two family members of the wife of Hezbollah leader Hassan Nasrallah. Some of the fatalities were officials in the municipal hierarchy or sons of wealthy families.

Similarly, many of the fatalities were graduates of universities and institutes, mostly in the exact sciences.

The ITIC based its detailed survey on dozens of sources affiliated with Hezbollah. In a few cases, use was made of sources affiliated with the Syrian rebel organizations or news websites, which have a tendency to be inaccurate or exaggerated. The sources include 20 Facebook pages and five websites, mainly sites that are dedicated to commemorating Hezbollah fatalities.

The research included only operatives killed during the fighting in Syria. 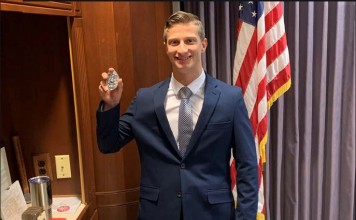 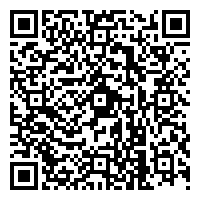