Texas became the 18th state to pass a bipartisan anti-BDS (boycott, divest and sanction campaign) law on Thursday, unanimously voting in a new House Bill (HB 89) to prohibit investment in firms engaging in a political boycott of Israel.

The law requires all entities contracting with the state to certify they don’t participate in such efforts. The law previously moved successfully through the Texas Senate.

“With this legislation, Texas protects its $500 billion economy from discrimination against Israel,” said Stock. “For decades, Texas and Israel have worked as valuable partners in the areas of agriculture, medicine, technology, defense, water management, cyber-intelligence and many other areas.

“The important economic benefits that Texas receives from trade with Israel are materially harmed by the promotion of efforts to boycott and otherwise discriminate against entities and individuals in countries with whom states conduct business solely on the basis of discriminatory criteria, including nationality or ethnicity.

“Israeli technology has saved American lives on the battlefield, it powers our cellphones and computers, it puts food on our dinner tables, and it protects us right here in Texas from enemies abroad. Israel is America’s greatest multicultural, democratic ally in the region where all Israeli citizens, regardless of race or religion, have equal rights under the law. America and Israel thrive on similar democratic values.”

The house bill was spearheaded by Rep. Phil King, who followed a long Texas tradition of strong support for and trade with Israel. Texas-Israel trade now exceeds half a billion dollars per year with numerous trade missions, signed compacts and mutual development projects.

The bill now goes back to the Senate for reworking. 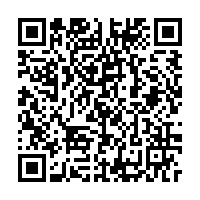