On the occasion of the jubilee year of the liberation of the Temple Mount, the family of the late Rabbi of the Western Wall, Rabbi Meir Yehuda Getz, revealed a letter he authored, calling for applying the halachic permission to ascend to the Temple Mount and for establishing facts on the ground “without unnecessary publicity,” according to a har-habait.org report on Wednesday.

Rabbi Getz was born in Tunisia in 1924, and moved to Israel in 1949, living in the Kerem Ben Zimra moshav in Upper Galilee. He enlisted in the IDF and rose to the rank of Lieutenant-Colonel. In response to the death of his son Avner in the 1967 Six-Day War, he moved to Jerusalem’s Old City, and shortly afterwards was appointed as overseer of prayers at the Western Wall. He remained the Rabbi of the Kotel for 27 years, until his death in 1995.


Rabbi Getz supported the excavations at the Temple Mount, and in July 1981, Getz and a team of associates cleared a tunnel under the Temple Mount near to where he believed the Ark of the Covenant had been hidden following the destruction of Solomon’s Temple, directly below the Holiest Sanctuary (Kodesh HaKodashim) of the Second Temple.

In the detailed letter that has been revealed now, more than thirty-five years after it was written, Rabbi Getz appeals to government and chief rabbinate officials, including then Chief Rabbi Shlomo Goren—himself a renowned advocate of returning to the Temple Mount—calling for instituting a gradual change in the Temple Mount “while observing the necessary restrictions and with all opinions.”

Rabbi Getz challenges contemporary religious authorities who forbid ascending to the Temple Mount altogether: “There is no disputing the fact that according to Jewish law it is permitted to enter very broad areas on the Temple Mount, even without any preparation,” he writes. “In other areas, entry is permitted after ritual purification (in the mikveh or even in spring water), removing the shoes, etc. Only in a relatively limited area (the Yisrael, women azarot/courtyards and the sanctuary) is it absolutely forbidden (according to the opinion of most of the poskim), and where one should fear the punishment of Kareth (extirpation), God forbid.”

In his letter, Rabbi Getz laments the conduct of the authorities against Jews who wish to pray on the Temple Mount:

“The heart is pinched when one sees a Jew standing even on the threshold of the Temple Mount, and if he has a prayer-book in his hand (and not a newspaper, l’havdil), he is banished with disgrace and curses, contempt and humiliation by gentiles and their Jewish helpers.”

“The difficult question must be asked,” he continues, “Who handed Jacob over to become loot (Isaiah 42:24), placing the most sacred area on Earth under the exclusive control of the gentiles, with the active assistance of the Israeli government? How appropriate is still the cry of the holy poet, “O God, the nations have invaded Your inheritance; they have defiled Your holy temple, they have reduced Jerusalem to rubble (Psalms 79:1).”

A man of action, Rabbi Getz suggested the Chief Rabbinate appoint an ad hoc committee composed of teachers, archaeologists, historians and jurists, to “dwell in the depths of halakha, and to define the legal boundaries inside which Jewish entry be permitted with all the necessary restrictions according to a broad consensus.”

Rabbi Getz envisioned full Jewish practice within those broadly-accepted boundaries, and, aware of the worldwide objections this return to the Jewish sanctuary would generate, he counseled resorting to the old Zionist method of instituting big changes “without publicity, apart from the minimum needed legislation, and—not slowly—facts will be established on the ground. The people of Israel are experts at this.” 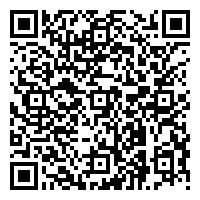