The U.S. government is working to finalize plans to designate the Egyptian Muslim Brotherhood as a foreign terrorist organization (FTO), according to the Washington Free Beacon.

Senator Ted Cruz (R-TX) is working on a series of legislative packages to launch a probe into the group’s leadership and activities, laying the groundwork for the designation of the Muslim Brotherhood as a foreign terrorist organization. One bill would focus on the group’s main leaders and activists, identifying who to sanction and designate on the list. A second bill would support the first, seeking to identify the specific destabilizing activities carried out by the Brotherhood overseas.

“Sen. Cruz believes that the Muslim Brotherhood maintains a global network of Islamists and Islamist groups, including terrorist groups,” a spokesman for the senator told the Free Beacon. “His legislative push will include a range of reports and mandates that will ensure that American lawmakers and the American people have the information and authorities they need to respond and protect American national security.”

A senior congressional official noted that the Brotherhood operates a series of separate networks in different countries. Not all of them are terrorist groups, so “you can’t just have a blanket solution . . . One of the bills essentially says that yes, sometimes what we’re going to need is a terrorism designation. Another one of the bills sets up helping allies that are being threatened. The overall approach is just different than what’s been tried in the past.”

The entire report can be read by clicking here.

The move follows the recent designation of Iran’s Islamic Revolutionary Guard Corps (IRGC) as an FTO.

Did the IRCG ‘Mistake’ Ukraine Intl Flight 752 for a US Fighter Jet? 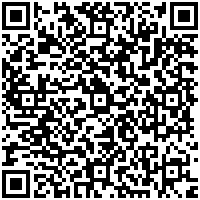