President Donald Trump on Monday warned that an attack by Iran on a US official would be met with a response that would be “1,000 times greater in magnitude.”

According to press reports, Iran may be planning an assassination, or other attack, against the United States in retaliation for the killing of terrorist leader Soleimani, which was carried out for his planning a future attack, murdering U.S. Troops, and the death & suffering…


Trump was responding to a Sunday report in Politico that the Iranians are planning to assassinate the US ambassador to South Africa Lana Marks.

The report cited US intelligence reports, which suggest Iran continues to seek ways to avenge the death of the Islamic Republic’s most charismatic military leader, Qasem Soleimani, who was assassinated in a targeted US drone strike on January 3, 2020, in Baghdad. The attack was reportedly approved by President Trump.

Soleimani was credited with rescuing Syrian President Bashar al-Assad from a certain defeat by the rebels in the civil war that has been raging in the country for a decade and helping him repel rebel forces and recapture key cities. He was involved in the training of pro-Iranian militias in Syria, both foreign and domestic, and coordinated military offensives.

In 2011, Soleimani was promoted to Major General by Supreme Leader Ali Khamenei, who had a close friendship with him, calling Soleimani a “living martyr.” There were speculations that Soleimani was being groomed to replace Khamenei as the supreme leader when the time came. All of which explains why Iran will not rest until it finally avenges his death.

The president tweeted in response: “According to press reports, Iran may be planning an assassination, or other attack, against the United States in retaliation for the killing of terrorist leader Soleimani. Any attack by Iran, in any form, against the United States will be met with an attack on Iran that will be 1,000 times greater in magnitude!”

Secretary of State Mike Pompeo on Monday told Fox News that “the Islamic Republic of Iran has engaged in assassination efforts all across the world. They have assassinated people in Europe and in other parts of the world. We take these allegations seriously. We make very clear to the Islamic Republic of Iran that this kind of activity, attacking any American any place at any time, whether it’s an American diplomat, an ambassador, or one of our service members, is completely unacceptable.”

Iranian Foreign Ministry Spokesman Saeed Khatibzadeh said US officials avoid promoting an anti-Iran campaign in the international arena since it is the US which “systematically violates the basic diplomatic principles through their out-of-norm measures taken to design and implement assassination attempts, interfere in other countries’ affairs militarily, renege on many international agreements and violate national sovereignty and territorial integrity of the other states.”

Khatibzadeh cited the assassination of General Qasem Soleimani in Iraq is a “good example of the US violation of the international norms and basic diplomatic principles.” 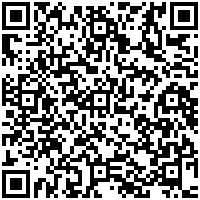