There is a growing Israeli involvement in southern Syria, Elizabeth Tsurkov—a research fellow focusing on Syria at the Israeli think tank The Forum for Regional Thinking—reported in War on the Rocks last week. Israel’s increased involvement is the result of its realization that neither Russia nor the US are prepared to deal with Iran’s ever-growing presence in Syria, Tsurkov wrote, warning, however, that civilians and rebels in southern Syria are now expecting continued Israeli support, which is well outside its capability.

Before the Russian intervention of September 2015 in Syria, Israel encouraged the Obama administration to increase its support for the Free Syrian Army’s Southern Front, but the Obama White House was keeping its involvement to a minimum. Israel filled some of the gap with limited humanitarian aid, as well as medical treatment to more than 5,000 Syrians in Israeli hospitals.


After the Russian intervention, Israel expected them to take over from the Iranians, and established a communication channel with the Russian army to monitor the transition. But the Assad regime was only too happy to keep both the Russians and the Iranians in place – which cut sharply into the numbers and fighting capacity of the rebels. Meanwhile, the Russians have restrained Israel’s freedom of operation in Syria.

“Israel’s support is intended to protect its border area from encroachment by Iranian proxies, but also to enable the rebels to more effectively fight the local ISIS affiliate, Jaysh Khalid ibn al-Walid,” Tsurkov reported. This support includes more than merely materiel and cash, “but also drone strikes and shelling with high-precision missiles on ISIS targets during defensive and offensive rebel operations in the Yarmouk basin.”

Israeli airstrikes killed a large number of ISIS fighters near al-Jabiliya, she reported, and as recently as February 1, the IDF fired precision-guided anti-tank missiles at ISIS targets in western Daraa, to help a rebels’ failed offensive.

Thousands of Syrians who live along the Israeli border are surviving thanks to Israeli aid, according to Tsurkov, who noted that “Syrians who return from medical treatment in Israel tell their friends and relatives about the high quality of the care and describe Israel as a beautiful and highly advanced country.”

Tsurkov concludes pessimistically: “It remains to be seen whether Israel will manage to secure a deal that prevents Iranian proxies from entering the border region or acquiesces to their presence,” but, meanwhile, Israeli support to the rebels and the civilian population in southern Syria are creating expectations “among residents of southern Syria that Israel is unlikely to meet.” 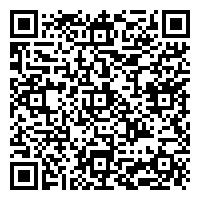