Even as world powers continue talks with Iran to revive the 2015 Joint Comprehensive Plan of Action, known as the JCPOA nuclear deal, Tehran is accelerating its nuclear program, US Ambassador Linda Thomas-Greenfield told fellow ambassadors Tuesday at a United Nations Security Council (UNSC) Briefing on Iran and Nuclear Non-Proliferation.

“The United States continues to pursue the path of diplomacy to achieve a mutual return to full compliance with the JCPOA, and to address our full range of concerns with Iran. President Biden has been clear: He is prepared to return to U.S. compliance and to stay in compliance, so long as Iran does the same,” the US Ambassador said.


This past Wednesday, Iran threatened Israel in a front-page editorial published in the Tehran Times, that “An intensification of the Israeli military threats against Iran seems to suggest that the Zionist regime has forgotten that Iran is more than capable of hitting them from anywhere.”

The article, accompanied by a huge map of Israeli — and Lebanese Christian — targets, quoted Iranian Supreme Leader Ayatollah Ali Khamenei as saying, “Sometimes the leaders of the Zionist regime even threaten us; they are threatening to strike militarily, but I think they know it, and if they do not know it, they must know that if they make a mistake, the Islamic Republic will destroy Tel Aviv and Haifa.”

The Tehran Times, an English-language daily, is personally overseen by the Supreme Leader and thus considered a mouthpiece of Iran’s Foreign Ministry.

Thomas-Greenfield told the UNSC that the United States is “fully prepared” to lift sanctions inconsistent with our JCPOA commitments, which would allow Iran to receive the economic benefits of the deal. And, she said, “we’re convinced that, if Iran approaches talks in Vienna with urgency and good faith, we can quickly reach and implement an understanding on mutual return.

But she warned that the US “cannot, however, allow Iran to accelerate its nuclear program and slow-walk its nuclear diplomacy,” adding, “I am sorry to report that is exactly what appears to be happening at JCPOA talks in Vienna.
“Iran greeted the resumption of talks with new nuclear provocations and proceeded to stake out vague, unrealistic, maximalist, and unconstructive positions on both nuclear and sanctions issues in the talks.

“We made substantial progress over six rounds of talks this spring, with all sides making difficult decisions,” the Ambassador said. “As all members of the P5+1 agree, the outcome of these negotiations is the only possible basis upon which to reach a conclusion. But now, Iran is seeking to reopen these compromises,” she said.

French President Emmanuel Macron told reporters at a briefing earlier this month that the talks were not going well, and in fact appeared to have failed.

“I think it’s probable that this round of negotiations, given the positions, does not succeed,” Macron said. “It is most likely that these negotiations do not continue in the short term.”

Two days later, Mossad chief David Barnea flew to Washington DC to meet with American officials about the Iran situation, hoping to convince the US not to seek an interim deal that would allow Iran to skip compliance with the original agreement, and to support international sanctions against Tehran.

Participants in the talks held another round of negotiations less than a week later. As before, the US took part from a separate location at the insistence of Iran.

However, those talks also did not go well, and noting that “time is running out,” senior diplomats from the UK, France and Germany said this week that the talks may soon be pointless, given the swift advance of Iran’s nuclear program.

“The simple truth is that, as Secretary [Antony] Blinken has made clear, Iran is almost out of runway. There is a little time left, but Iran’s continued nuclear advancements and their lack of urgency in the talks are hollowing out the non-proliferation benefits that would be achieved by a mutual return to full JCPOA compliance,” Greenfield-Thomas warned the Security Council. 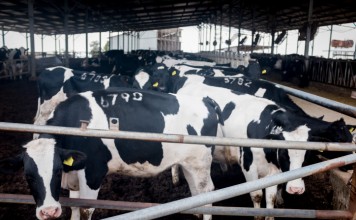 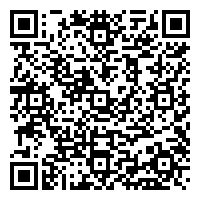