Capt. Bill Urban, spokesman for the US Central Command early Tuesday morning tweeted that “explosions reported earlier today about 40 miles outside of Baghdad, Iraq, in the town of Jurf Sakhar were not the result of US military action.”

“Explosions reported earlier today about 40 miles outside of Baghdad, Iraq,
in the town of Jurf Sakhar were not the result of U.S. military action.” —
CAPT Bill Urban, U.S. Central Command spokesman.

The tweet followed a Tuesday morning report from the Al-Mayadeen News Agency of a series of at least four explosions that were heard in the Jurf al-Sakhar area of Babylon province in Iraq. Several news sources claimed on Tuesday morning that US fighter jets had attacked some positions in Iraq.

The Iraqi Al-Ahad news reported that 9 Iraqi army members had been killed in the attacks. Ayham Marjeh, news anchor for Almayadeen News, tweeted that the airstrikes on Jurf al-Sakhar in Babylon, Iraq, resulted in many killed and wounded.

According to Al-Mayadeen, the blasts were caused by an airstrike and the target area was the headquarters of the Iraqi Armed Forces. An Al-Jazeera correspondent claimed moments later that the US was bombing positions in the Jurf al-Sakhar area. The Al-Mayadeen correspondent described US planes flying over the al Qaim area on the Iraqi-Syrian border. Some reports said the attack was carried out by F-16 fighter jets.

The US armed forces’ denial has led some to point the finger at Israel as the attacker. Last Wednesday, according to the Syrian Observatory for Human Rights, the Israeli Air Force carried out a series of attacks on weapon warehouses and military positions near Deir Ez-Zor on the Syrian-Iraqi border. 57 Syrians, Iranians, and Iranian proxy militia members were reportedly killed in the attack. 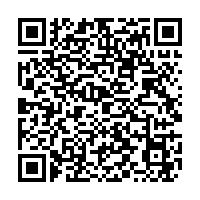