The US Navy thwarted an attempt late Monday by the naval force of Iran’s Islamic Revolutionary Guards Corps (IRGCN) to capture an unmanned surface vessel operated by the Fifth Fleet in the Arabian Gulf, according to a statement by the US Navy.

“While transiting international waters around 11 pm (local time), on Monday (Aug. 29) the US Fifth Fleet observed the IRGCN support ship Shahid Baziar towing a Saildrone Explorer unmanned surface vessel (USV) in an attempt to detain it,” the Navy said.

The Saildrone Explorer USV that Iran nearly seized was a US vessel equipped with sensors, radars and cameras for navigation and data collection. “This technology is available commercially and does not store sensitive or classified information,” the Navy said.

The US actions prompted the IRGCN vessel to disconnect the towing line to the USV and depart the area about four hours later. US Navy operations were resumed without further incident, the Navy added.

“US naval forces remain vigilant and will continue to fly, sail and operate anywhere international law allows while promoting rules-based international order throughout the region.” 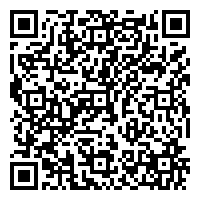