This report was updated from New York prior to the start of the holy Sabbath.

U.S. National Security Adviser John Bolton has announced Washington intends to slash funding for the UN Human Rights Council and the office of the UN High Commissioner for Human Rights.

Bolton made the announcement Thursday during an interview in Geneva, according to The Associated Press (AP).

The United Nations receives approximately 22 percent of its budget from the United States, its biggest single donor.

According to the report, Bolton said U.S. officials will calculate the percentage of its UN annual budget that is allocated to the UNHRC and its High Commissioner, and then reduce its donation by that amount.

Chile is home to nearly half a million so-called “Palestinian” Arabs, one of the largest such communities in the world. Chilean President Sebastian Pinerahas endorsed a “Palestinian state,” according to JNS.

“Palestine has the right and the support of Chile to be a free, independent, sovereign and autonomous country, and the Palestinian people have the right to self-determination,” Pinera said during a visit by Palestinian Authority leader Mahmoud Abbas in early May 2018.

The American Jewish Committee at the same time wrote a letter to Pinera expressing “concern about the situation of the Jewish community of Chile, which has been the target of repeated attacks related to the Israeli-Palestinian conflict.

“Under the banner of solidarity with the Palestinian people, the right of Chilean Jews to express support for Israel is being increasingly questioned and even denied.

“Even though Jewish life in the country continues to thrive, people now find it hazardous to articulate pro-Israel positions in the public square,” the letter added.

This report was updated from New York prior to the start of the holy Sabbath. 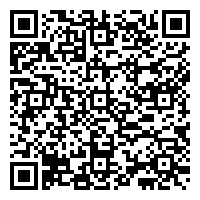