Several members of the Ta’ayush NGO claim that they were attacked on Saturday by a number of settlers in the Mitzpeh Yair area in the southern Hebron hills. According to the NGO, 15 activists who were touring the area were injured in the attack. In addition, Ta’ayush claims that the photographic equipment they brought with them was damaged during the attack.

But the IDF spokesperson’s office offered a different version of the incident:


“This morning a number of Ta’ayush activists came to an area where illegal Palestinian construction is taking place near Mitzpeh Yair. After the tools used for construction had been confiscated, the activists went up to the settlement in order to provoke the residents, and friction developed between them and the settlers living in the area.

“IDF soldiers in the area declared it a closed military zone in order to prevent further friction, but some of the NGO’s activists refused to be evacuated and violated the order imposed in the area.”

According to Yochai Damari, the mayor of Hebron Hills region, the leftwing activists broke into the homes of residents from Mitzpeh Yair and began filming inside their homes. Damari also questioned the claims that they needed hospitalization, and said it was part of their act.

In January 2016, Israel’s Channel 2 broadcast footage of Ta’ayush activist Ezra Nawi boasting that he poses as a prospective Jewish purchaser of land from Palestinians, then provides the Palestinian National Security Forces with the names and telephone numbers of Palestinian land brokers willing to sell land to him. Nawi is both Jewish and Israeli, and the Palestinian legal code regards sale of land to Israelis as a capital offense. Nawi said such people are beaten and executed. In the recording, Nawi says “The Authority catches them and kills them. But before they kill them they beat them up.” 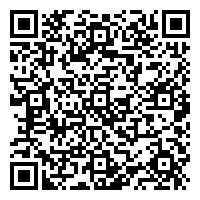