(JNS) Israel could be forced to attack Iran due to U.S. “appeasement,” former Secretary of State Mike Pompeo said Tuesday during a visit to Jerusalem. Such appeasement was made clearer during a press conference the next day at the U.S. State Department when U.S. Secretary of State Antony Blinken, sitting next to Israeli Foreign Minister Yair Lapid and Emirati Foreign Minister Abdullah bin Zayed bin Sultan Al Nahyan, said his team will examine “other options if Iran doesn’t change course.”

“We believe that diplomacy is the best way to do that,” added Blinken.

But by employing the vague use of the word “other” without being specific about military options, by saying “if” and by insisting on diplomacy without a military threat to back it, Blinken and his team appear to be ignoring Iran’s blatant belligerence and disinterest in reaching another deal.

This became apparent on Friday when a senior official from the European Union acknowledged that Iran isn’t ready to return to talks in Vienna, where efforts are being made to convince Iran to return to the negotiations surrounding the 2015 nuclear deal, officially known as the Joint Comprehensive Plan of Action (JCPOA). The Biden administration, including negotiators Robert Malley and Wendy Sherman, makes it difficult for anyone to believe its promises to contain Iran when it continues to be played by Iran.

Michael Doran, a senior fellow at Hudson Institute, told JNS the Biden administration “tells allies that it intends to achieve a ‘longer and stronger’ agreement with Iran on its nuclear program. It does not explain, however, how it plans to turn this pious intention into a reality. Thus far, Iran has refused to return even to the JCPOA. If it does return, the JCPOA ends all sanctions on Iran’s nuclear program in perpetuity, thus eliminating any possibility of a longer and stronger deal.”

Lapid defined Israel’s intentions when he said “other options are going to be on the table if diplomacy fails. By saying other options, I think everyone understands, here, in Israel, in the Emirates and in Tehran, what it is that we mean. … There are moments when nations must use force to protect the world from evil.”

He then added in Hebrew that he was in Washington with the intention to focus on “the other options.”

Behnam Ben Taleblu, a research fellow at the Foundation for Defense of Democracies, told JNS that while the Biden administration “has been talking, officially and unofficially, about the need to explore other options on Iran and using other metaphors for this need ever since indirect diplomacy collapsed after six rounds in Vienna. But talk can only achieve so much—or so little rather—in the face of a resolute adversary like the Islamic Republic of Iran.”

The Biden team so desperately wanted to restore the JCPOA that they convinced U.S. President Joe Biden to lift some sanctions on Iran even before it had agreed to direct talks. Nevertheless, the Islamic Republic only wound up increasing its uranium-enrichment levels to more than 60 percent, built more advanced centrifuges and began efforts to produce uranium metal. Now Iran is dragging its feet and refusing to meet for more talks. The Biden team isn’t getting Iran’s message, which is: “We are playing you.”

Ben Taleblu warned that “one great fear of the current impasse is that rather than revert to pressure, the Biden administration will define ‘other options’ as settling for even less than the JCPOA in a bid to try to cap the nuclear program, which has expanded far beyond the JCPOA’s limits.”

‘There has not been a public Plan B’

“Regardless of whether Iran agrees to return to negotiations,” he said, “it is now clear that it will not accept a return to the original terms of the JCPOA; it will demand greater concessions from the United States than were made in the original deal.”

He lambasted Blinken’s vague remarks, saying “while it represents progress from previous statements, it is miniscule and insufficient. Whatever additional strength might come from Secretary Blinken invoking ‘every option,’ that is immediately undercut by the fact he said the United State was ‘looking at,’ rather than actually using, those options. Moreover, while it would be a positive development to have the United States and Israel discussing a potential military option, so long as they remain behind closed doors and they remain discussions, not decisions, they do little or nothing to pressure Iran into changing its behavior.”

Misztal agreed with Doran that “Iran has made it clear that there is no chance that it will agree to the centerpiece of the Biden administration’s plan: a ‘longer and stronger’ follow-on deal that fixes the JCPOA’s glaring weaknesses.”

He also noted the Biden administration’s obsession with diplomacy, saying that while the administration “is warning that time is running out and that it might have to switch to Plan B, it seems that it hopes that making these statements might still breathe some life into its Plan A.”

He said the lesson that the administration should take away from the last six months of diplomacy is “that it failed precisely because there has not been a public Plan B and timeline for when it would go into effect.”

“This is a glaring and unmistakable omission,” he said, adding that it is also “a major strategic mistake.”

According to Misztal, “combined with the continued reduction of U.S. forces in the Middle East—something that meets with bipartisan support in Washington—and the Biden administration’s weakening stance on confronting Iranian regional aggression in Syria and Yemen, it is unlikely that anyone in Tehran or in any other Middle Eastern capital believes President Biden will use force to stop Iran from acquiring a nuclear-weapons capability.”

Doran came to a similar conclusion, saying “the Biden team is not naive; it is disingenuous. It is seeking strategic accommodation with Tehran while pretending that it is still in the business of opposing the Islamic Republic. The truly naive ones are those who take the stated intentions of the administration as truthful.” 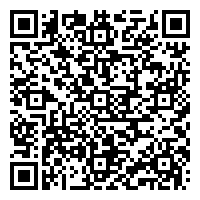