The US Department of the Treasury’s Office of Foreign Assets Control (OFAC) announced on Tuesday the designation of several individuals and associated entities for facilitating financial activities for Hezbollah.

At the center of this network is Lebanese money exchanger and so-called financial expert Hassan Moukalled, who plays a key role in enabling Hezbollah to continue to exploit and exacerbate Lebanon’s economic crisis.

“As corruption undermines economic growth and the ability of individuals to provide for their families, the United States is committed to holding accountable those who exploit their privileged positions for personal gain,” Under Secretary of the Treasury for Terrorism and Financial Intelligence Brian E. Nelson said.

“The Treasury Department is taking action against a corrupt money exchanger, whose financial engineering actively supports and enables Hezbollah and its interests at the expense of the Lebanese people and economy.”

The Department’s action follows the designations imposed in December 2022 against individuals and companies that manage and enable Hezbollah’s overarching financial apparatus operating throughout Lebanon, including Al-Qard Al-Hassan and Hezbollah’s Central Finance Unit.

OFAC designated these individuals and entities under Executive Order (E.O.) 13224, as amended, which targets terrorists, terrorist organizations, leaders and officials of terrorist groups, and those providing support to terrorists or acts of terrorism.

Support for Hezbollah
Hassan Moukalled, a Lebanon-based economist, has worked in close coordination with senior Hezbollah financial officials to help Hezbollah establish a presence in Lebanon’s financial system. He serves as a financial advisor to Hezbollah and carries out business deals on behalf of the group throughout the region.

Hassan Moukalled has coordinated a wide range of issues with Muhammad Qasir, including business deals involving Russia, as well as efforts to assist Hezbollah in obtaining weaponry for Hezbollah’s use.

Hassan Moukalled publicly acknowledged his role in 2016 as an intermediary for negotiations between the Central Bank and Hezbollah.

Hassan Moukalled is being designated for having materially assisted, sponsored, or provided financial, material, or technological support for, or goods or services to or in support of, Hizballah.

CTEX Exchange (CTEX)
As of mid-2021, Hassan Moukalled established on behalf of Hizballah CTEX as a financial front company in Beirut.

Senior Hezbollah financial official Muhammad Qasir and his deputy Muhammad Qasim al-Bazzal were reportedly behind the establishment of CTEX.

In mid-2021, Hassan Moukalled received a license from Lebanon’s central bank for CTEX to transfer money within Lebanon and abroad, and within a year the company had obtained significant market share within Lebanon’s currency transfer sector and was reportedly collecting millions of US dollars for the Central Bank of Lebanon.

At the same time, CTEX was providing US dollars to Hezbollah institutions and recruiting money changers loyal to Hezbollah.

Hassan Moukalled advocates for CTEX directly to the central bank governor and receives commissions in the hundreds of thousands of dollars daily.

CTEX Exchange (CTEX) is being designated for being owned, controlled, or directed by, directly or indirectly, Hassan Moukalled, a person whose property and interests in property are blocked.

Rayyan Moukalled worked in 2021 with Hezbollah official Muhammad Qasim al-Bazzal on issues related to finance. Rayyan functioned as an office assistant for his father on a range of issues, including the use of foreign bank accounts to facilitate illicit financial activity. Additionally, Rayyan Moukalled is publicly listed as the administrative director of one of his father’s companies, the Lebanese Company for Information and Studies (LCIS), on its website and social media page.

As of mid-2022, Rani Moukalled and his brother Rayyan Moukalled were among several people authorized by their father, Hassan Moukalled, to engage in cash transactions on behalf of CTEX with the Central Bank of Lebanon. Rani is publicly associated with CTEX, working as its manager. He is also an employee at LCIS.

Rayyan Moukalled is being designated for having materially assisted, sponsored, or provided financial, material, or technological support for, or goods or services to or in support of, Hassan Moukalled, a person whose property and interests in property are blocked.

Rani Moukalled is being designated for having acted or purported to act for or on behalf of, directly or indirectly, CTEX, a person whose property and interests in property are blocked.

The sanctions also target LCIS and LCPMR, two additional companies that are owned or controlled by Hassan Moukalled, who is the editor in chief for LCIS, and also serves as the chief economic editor of several websites associated with LCIS, including www.greenarea.me, imarwaiktissad.com, and Russia-Now. Hassan Moukalled is the director of the LCPMR which is co-located with LCIS.

LCIS and LCPMR are being designated for being owned, controlled, or directed by, directly or indirectly, Hassan Moukalled, a person whose property and interests in property are blocked pursuant to E.O. 13224, as amended.

What it Means
As a result of the Treasury’s action, all property and interests in property of the targeted individuals and entities and of any entities that are owned, directly or indirectly 50 percent or more by them, individually, or with other blocked persons, that are in the United States or in the possession or control of US persons, must be blocked and reported to OFAC.

Furthermore, engaging in certain transactions with the individuals and entities designated today entails risk of secondary sanctions pursuant to E.O. 13224, as amended.

Pursuant to these authorities, OFAC can prohibit or impose strict conditions on the opening or maintaining in the United States of a correspondent account or a payable-through account by a foreign financial institution that either knowingly conducted or facilitated any significant transaction on behalf of an SDGT or, among other things, knowingly facilitates a significant transaction for Hezbollah or certain persons designated for their connection to Hezbollah. 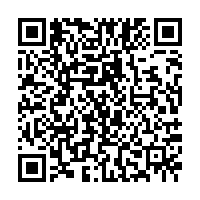