President Trump announced on Tuesday that the US is pulling out of the flawed JCPOA / Iran Deal. Sanction are to be restored.

Trump called the Iran Deal “a one-sided deal that should never, even been made.”

“The Iran Deal was one of the worst and most one-sided transactions the United States has ever entered into.”

PROTECTING AMERICA FROM A BAD DEAL: President Donald J. Trump is terminating the United States’ participation in the Joint Comprehensive Plan of Action (JCPOA) with Iran and re-imposing sanctions lifted under the deal.

IRAN’S BAD FAITH AND BAD ACTIONS: Iran negotiated the JCPOA in bad faith, and the deal gave the Iranian regime too much in exchange for too little.

ADDRESSING IRANIAN AGGRESSION: President Trump is committed to ensuring Iran has no possible path to a nuclear weapon and is addressing the threats posed by the regime’s malign activities. 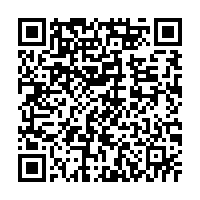