As happens every year, Israel has announced that travel restrictions will be eased for citizens of the Palestinian Authority in Judea and Samaria who wish to worship at Al Aqsa Mosque in the Old City of Jerusalem, to visit family and friends in Israel and to travel abroad via Ben Gurion International Airport during the upcoming Islamic holy month of Ramadan.

However, Gaza residents will not be included among those who are allowed to cross the border into pre-1967 Israel or into Jerusalem this year. The decision was made following a “situational assessment,” an IDF spokesperson said.


“Upon the recommendation of the IDF Chief of General Staff, Lt. Gen. Gadi Eizenkot, and as part of the policy to improve the fabric of life of the Palestinian population in Judea and Samaria, the Minister of Defense, Hon. Avigdor Liberman, has approved a series of civilian measures for the holiday period,” read a statement by IDF Major General Kamil Abu Rokon, Coordinator of Government Activities in the Territories (COGAT).

“The [liaison] unit works to preserve freedom of worship and religion and to participate in the customs of the holy month,” Abu Rokon said.

Ramadan begins approximately May 15, depending upon the moon.

Operational hours at all of the crossings between Jude and Samaria will be extended Sunday through Thursday each week in Ramadan, and on the holiday of Eid al-Fitr – the final holy days of the month. Special access to Friday prayers at the Al Aqsa Mosque on the Temple Mount in the Old City of Jerusalem will be made available as well. 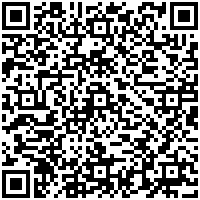