U.S. President Donald Trump announced Tuesday at the White House that the United States will withdraw from the JCPOA Iran nuclear deal, calling it a “horrible, one-sided deal that should have never, ever been made. It didn’t bring calm, it didn’t bring peace. And it never will,” he said.


Trump said the U.S. would immediately reimpose economic sanctions lifted under the deal, targeting critical sectors of Iran’s economy such as its energy, petrochemical and financial sectors.

“We will be instituting the highest level of economic sanction. Any nation that helps Iran in its quest for nuclear weapons could also be strongly sanctioned by the United States. America will not be held hostage to nuclear blackmail,” the president warned.

“Those doing business in Iran will be provided a period of time to allow them to wind down operations in business involving Iran,” the White House said. However, “Those who fail to wind down such activities with Iran by the end of the period will risk severe consequences.”

“At the heart of the Iran deal was a giant fiction: that a murderous regime desired only a peaceful nuclear energy program. Today, we have definitive proof that this Iranian promise was a lie,” he said.

“The JCPOA failed to deal with the threat of Iran’s missile program and did not include a strong enough mechanism for inspections and verification,” the White House pointed out. “The JCPOA foolishly gave the Iranian regime a windfall of cash and access to the international financial system for trade and investment.”

Instead of using the money from the JCPOA to support the Iranian people at home, the regime has instead funded a military buildup and continues to fund its terrorist proxies, such as Hezbollah and Hamas, he said.

Upon conclusion of his remarks, the president signed the proclamation putting his decision into immediate effect.

Ron Dermer: Iran Nuclear Deal Has ‘Put Us on Cruise Control Heading Over a Cliff’ 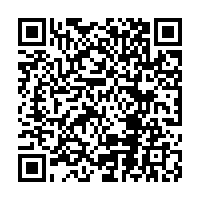