First she was touting the sanctions imposed on Iran as the single most significant reason why Jews should be supporting President Barack Obama for re-election this past fall.

That was Debbie Wasserman Schultz (FL-23)(D), chief cheerleader for the quarterback at the top of her ticket, intimating that Obama was responsible for the passage of strict sanctions.


The truth, of course, was that Obama did his best to muzzle those sanctions every step of the way. And he did temper them as best he could by delivering exemptions to countries such as China, India and Turkey, thereby effectively removing at least several major incisors from the bite.

More recently it was reported that Wasserman Schultz has been aggressively backing the president’s position against Iran sanctions, and this time around she was allegedly telling her counterparts in the U.S. Senate not to support the Menendez-Kirk bill.

That bill, the Nuclear Weapon Free Iran Act, calls for stiffened sanctions but only in the event Iran fails to fulfill its obligations under an agreement it entered into with the P5+1 countries, which became effective last Monday.

Wasserman Schultz was also reportedly telling her colleagues in the House that they should not sign on to the Cantor-Hoyer resolution which supports the Menendez-Kirk bill, although her Florida constituents are largely supportive of the measure.

And that’s where what we call a machloket arose.

The Washington Free Beacon reported on Jan. 14, that the south Florida regional arm of the venerable American pro-Israel institution, the American Israel Public Affairs Committee, wagged its finger in Wasserman Schultz’s direction. It reported that word went out to some members asking Wasserman Schultz to explain why she was lobbying against the sanctions legislation.

The WFB cited a report in the Daily Beast in which Mara Sloan, a spokesperson for Wasserman Schultz, said the congresswoman believes in “holding off on new sanctions until the diplomacy plays out.” Sloan also said that the congresswoman was “not working against introducing Iran legislation.”

Contrasting the position offered to the Daily Beast, the WFB then served up another quote from Sloan which seems to present Wasserman Schultz as having a very different position.

“Rep. Debbie Wasserman Schultz has been a strong supporter of sanctions against Iran and will continue to be,” Sloan told a Miami Herald blogger who called asking for the congresswoman’s position.

That Miami Herald blogger, Marc Caputo, called for clarification in response to an ad aired by the conservative Emergency Committe for Israel.  That ad called out Wasserman Schultz for what it said were her efforts to block the Iran sanctions bill. The ECI ad aired on Sunday news shows and on sports shows in the south Florida area. It is also available on YouTube.

Wasserman Schultz’s spokesperson also told Caputo that right now, ” there is not a resolution on sanctions offered in the House. As soon as one is filed, she will review the language, as she does with any legislation and decide whether it helps to ensure that Iran will never have a nuclear weapon.”

But that begs the question, because, according to an WFB earlier report citing congressional insiders, Wasserman Schultz was perhaps the driving force behind the implosion of the House resolution urging the Senate to pass the latest sanctions bill.

If you are diagramming the debate, get ready for a new player on the field.

Following the WFB versus DWS versions of anti-sanctions versus pro-sanctions positions, now comes another voice from AIPAC. On Jan. 24, a new AIPAC letter was sent out forwarding a statement from an AIPAC national board member denigrating earlier news reports suggesting Wasserman Schultz was anything but a stalwart defender of Israel. 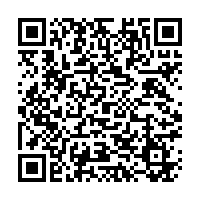