A Torah scroll thought to be the oldest in the world has been identified in the library of the University of Bologna.

The parchment scroll, slightly more than 118 feet long and 25 inches high, previously had been wrongly catalogued when experts estimated its age at about 350 years.


“Instead, ‘Roll 2′ was copied in a period between the second half of the 12th and the early 13th century (1155-1225) and is therefore the most ancient complete Hebrew scroll of the Torah known today,” according to a university statement.

The age of the Torah scroll was authenticated by “the textual, graphic and paleographic examination of the scroll,” as well as by two carbon-14 tests, carried out at the University of Illinois, Urbana-Champaign.

Despite the library’s previous determination that the Torahs scroll was written in the 17th century, Hebrew University Prof. Mauro Perani, who is working on catalogue of Judaica at the Italian university,  noted that the script was in the oriental Babylonian tradition. Furthermore, the Torah script included certain features that did not follow the rules laid down by Maimonides, the Rambam.

“I immediately thought it was much older,” he said, because the Rambam had banned some of its letters and styles in the 12th century.

The Torah scroll had been misdated when it was included in the first catalogue of the library’s Hebrew manuscripts, made in 1889.

It is not known how or when the scroll was acquired by the library, but the university’s statement said it was “very likely” to have been acquired in the 19th century “after Napoleon’s suppression of monastic and religious orders.”

Prof. Perani added, “The scroll is very rare because when manuscripts spoil they lose their holiness and can no longer be used. They are then buried. The state of conservation is excellent.”

Fragments of the Torah have been found from the 7th century, but complete text has been identified as being as old as the on in Italy.

Will the PA Leave the Arab League in Protest of Peace Deal? 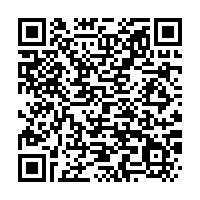