Trigger Warning: As citizens of the real world, we know that we sometimes have to get our hands dirty to deal with the complexities and realities of life. To put it bluntly, this essay discusses various Hebrew words for “excrement,” traces them back to their etymological roots, and shows the nuanced differences between these synonyms.

When we think of the Hebrew word zevel, we generally think of “trash,” “garbage,” or “rubbish.” However, this is a Modern Hebrew neologism; in the original Hebrew sources, a different picture emerges. The word zevel never appears in the Bible but it does appear in many places in the Mishnah, where it typically means “animal manure.” Rabbi Tanchum the Jerusalemite (a 13th century grammarian) writes that the noun zevel is derived from the verb that refers to fertilizing a field. Thus, zevel seems to focus specifically on “animal excrement.”


The Hebrew word peresh in the sense of “excreta” appears seven times in the Bible, always in the context of sacrificial meats (Ex. 29:14, Lev. 4:11, 8:17, 16:27, Num. 19:5, and Mal. 2:3). Rabbi Shlomo Pappenheim of Breslau (1740–1814) and Rabbi Shmuel Strashun of Vilna (1794–1872) explain that peresh refers specifically to fecal matter found within a slaughtered animal’s intestines. Rabbi Strashun contrasts this term with zevel, which refers to that which was excreted.

Early Hebrew lexicographers (like Menachem Ibn Saruk, Yonah Ibn Janach, and Radak) trace the word peresh to the triliteral root peh-reish-shin, which also means “spreading/separating/elucidating.” (In that sense, peresh refers to “animal droppings” as something strewn about by animals, although technically the word refers to waste before it is expelled from the body.) Rabbi Pappenheim relates the term peresh to byproducts of digestion that are “separated” from food’s nutrients and not absorbed by the body.

Another Hebrew word for excrement is roey/ray’ee/re’ee (Job 33:21, Nah. 3:6, Nah. 3:6, Zep. 3:1). Although spelled with a reish-aleph, Rabbi Pappenheim traces this word to the biliteral root reish-vav, which means “quenching/satisfying.” He explains that this term denotes excrement that results from excess eating, in that the body cannot properly absorb all the nutrients thus consumed and it passes through and out of the body.

This word appears four times in the Mishnah, once spelled reish-aleph-yod (Machshirin 6:7) and thrice spelled reish-ayin-yod (Shabbat 20:4, Makkot 3:14, Keilim 17:2), as the biblical Hebrew aleph morphed into an ayin in Mishnaic Hebrew. In another application of this root, Rashi (to Lev. 1:16) connects the word moor’ah (“crop,” i.e., the internal organ in which a bird stores its partially digested food) to re’ee.

The concept of “roundness” also comes into play in this discussion. The Hebrew word galal in the sense of “dung” appears five times in the Bible (I Kgs. 14:10, Job 20:7, Zeph. 1:17, Ezek. 4:12, 4:15). Menachem Ibn Saruk (920–970) traces galal to the biliteral root gimmel-lammed, whose core meaning, Rabbi Pappenheim explains, is roundness. Other words derived from this root include galgal (“wheel”), gulgolet (“skull”), gal (a “heap” of stones in a circular formation), and megillah (a “scroll,” which is rolled up).

In that spirit, the term galal focuses on the round, cylindrical form of dung pellets. As a later borrowed usage, galal also came to refer to any item left outside that can be a public nuisance, like “trash” (see Rashi to Bava Kama 29b and Bava Batra 28a) or “stones” (see Rashi to Bava Kamma 92b and Sanhedrin 109b). Moreover, Rashi (to Deut. 29:16) explains that the biblical term gilulim (“idols”) is related to galal because idols are putrid and disgusting like excrement.

Another word for “excrement” is tzoeh. When the Torah describes the need to establish a bathroom outside the Jewish army’s encampment, it talks about “covering your tzoeh” (Deut. 23:14). This is the most common word for “excrement” in the Mishnah (Brachot 3:5, Shabbat 16:7, Avodah Zarah 4:5, Keilim 10:2, Mikvaot 9:2, 9:4, Machshirin 5:6). Both in the Bible and in the Mishnah, tzoeh refers exclusively to human feces, never to animal droppings.

The Hebrew grammarians unanimously understand the word tzoeh as a cognate of the word yetziah (“exit”). Radak traces both terms to the triliteral root yod-tzadi-aleph; Menachem traces them to the biliteral tzadi-aleph; and Rabbi Pappenheim traces them to the monoliteral tzadi. Rabbi Pappenheim clarifies that since tzoeh refers to any waste product that exits the body, it is also used in reference to “vomit” (Isa. 28:8).

Interestingly, the English word excrement itself is semantically similar to the etymologies of the Hebrew terms for excrement, as ex- means “[goes] out” (like tzoeh), and crement derives from the Latin cernere, which means “to sift/separate” (like peresh).

The Hebrew word chara (and Arabic khara) for “excrement” is considered especially vulgar and is therefore not commonly used. However, this word actually appears in the Bible – sort of. The Rabbis (Megillah 25b) list several instances in which the traditional Masoretic reading of a word in the Bible differs from the traditional way of writing that word. In such cases, the written words were considered so offensive and distasteful that tradition maintains they should not be uttered verbally, so they were replaced with different, cleaner words when the Bible is read aloud.

Here are four examples of words that differ in their written and oral forms:

Firstly, the Bible curses those who fail to keep the Torah with “untreatable hemorrhoids,” using the word afolim in the written text and techorim in the oral text (Deut. 28:27). Secondly, the Bible reports that a famine in Samaria was so severe that “guano” (manure made from dove droppings) became very expensive, using the word charyonim (“the chara of doves”) in the written text and divyonim (“that which flows from doves”) in the oral text (II Kgs. 6:25).

Thirdly, the Bible reports that the Assyrian operative Rabshakeh talked trash about the people of Judah, saying that they “sit on the city wall to eat their excrement,” using the word chara for “excrement” in the written text, but tzoeh in the oral text (II Kgs. 18:27, Isa. 36:12). Finally, the Bible reports that Jehu destroyed the Temple of Baal and converted it to a “lavatory,” using a cognate of chara in the written text and a cognate of tzoeh in the oral text (II Kgs. 10:27). In the last three cases, forms of the vulgar word chara are instead read as cognates of the cleaner term tzoeh. 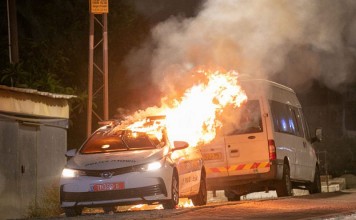 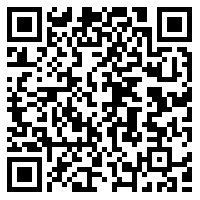