The Torah (Leviticus 18:14, 20:20) prohibits a man from marrying his dodah (aunt) because doing so exposes the nakedness of his dod (uncle). It’s clear from the Torah’s wording that this prohibition specifically applies to one’s father’s brother’s wife (see Torat Kohanim). (The prohibition against marrying one’s mother’s brother’s wife is rabbinic – see Yevamot 21a.)

Nonetheless, the semantic range of “dod” later expanded to include lover or companion, as the word seems to mean throughout Song of Songs. This expansion, though, can be chalked up to the regularity of avunculate marriages, whereby a woman would marry her uncle.

Rabbi Shlomo Pappenheim of Brelsau (1740-1814) traces “dod”/“dodah” to the monoliteral root represented by the letter dalet, which means separation/protrusion. He explains that just as a “dad” (breast) protrudes from a body and is separated from the rest of one’s person, so too a “dod”/“dodah” protrudes from the linear stem of one’s family tree as a separate branch.

Rabbi Moshe Kunitz (1774-1837) argues that Esther was Mordechai’s cousin through his father’s side because the Torah describes her as Esther, daughter of Avichayil, dod of Mordechai (Esther 2:15).

Earlier in this essay, we mentioned the word “misaref.” Where does this word come from? The prophet Amos foretells of utter destruction that is destined to befall the Kingdom of Israel, whose population will be diminished through plague and enemy onslaught. Even survivors will subsequently be killed when enemies capture their cities and burn down their houses. In that context, Amos says: “And his uncle (dod) and misarfo will carry him and take out the bones from the house” (Amos 6:10).

“Misarfo” appears nowhere else in the entire Bible – making it a hapax legomenon – which complicates any effort to hone in on its precise meaning. The Ibn Ezra (to Amos 6:10) cites the early grammarian Rabbi Yehuda Ibn Kuraish (9th century North Africa), who explains that “misaref” is one’s maternal uncle (i.e., one’s mother’s brother).

In other contexts (Genesis 29:10 and Judges 9:1 and 9:3), however, the Torah calls a mother’s brother literally a “mother’s brother.” It does not use the word misaref.” Moreover, Professor Gary Rendsburg wrote to me that Ibn Kuraish and Ibn Janach’s interpretation may have been influenced by their knowledge of Arabic, which has two words for uncle: “em” (paternal uncle) and “khal” (maternal uncle). There is no reason, however, to assume that the same should be true in Hebrew, he wrote.

Rashi seems to understand “misaref” as a generic term that means relative or cohort, but does not denote a specific kinship relationship. The Septuagint and Peshitta seem to agree based on their translation of the above verse in Amos.

Rabbi Yosef Ibn Kaspi (1279-1345) also seems to follow this approach, lamenting that our understanding of Hebrew is incomplete and that we therefore don’t know the exact relationship denoted by “misaref.”

According to Targum Yonatan and the Radak (to Amos 6:1), “misarfo” is actually a verb that means burning. If so, though, this word represents a unique inflection/conjugation of the root sin-reish-peh that appears nowhere else in the Bible (see also HaKtav VeHaKabbalah to Leviticus 21:11).

Professor Rendsburg follows Yechezkel Kutscher (1909-1971) in explaining that “misarfo” is a verb that means to smear with resin. He argues that the word is related to “seraf” (sap or syrup).

Rabbi Shlomo Aharon Wertheimer (1866-1935) similarly proposes that “misaref” is derived from “seraf” (tree sap), which appears in the Mishnah (Orlah 1:7, see also Shabbat 26a), even though that word is spelled with a sin.

A person’s descendants are called his sap, Rabbi Wertheimer explains, because they come from his own flesh just like sap comes from within a tree. Rabbi Wertheimer actually says that “misaref” specifically means unwanted children (i.e., wicked or wayward offspring) who drip down from their parents almost involuntarily just like the sap flows from the tree casually whether the tree desires it or not.

As an aside, some have argued that the English word “syrup” is related the Hebrew/Aramaic word “seraf.” However, etymologists cited by the Oxford English Dictionary believe that the English words “syrup,” “sorbet,” and “sherbert” all ultimately derive from the Arabic “sharba”/“sharab,” which means drink. Interestingly, in Hebrew, the root shin-reish-bet means thirstiness or dryness (or heat wave, in Modern Hebrew) making it an auto-antonym of its Arabic cognate.

Shoresh Yesha actually invokes the interchangeability of peh and bet to connect “saraf” with “sharav,” explaining that dryness comes from heat, just like burning does (see also Malbim to Isaiah 35:7). 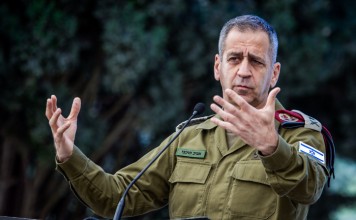 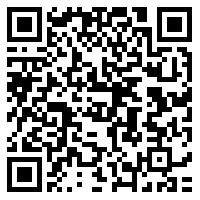