Jordanian Foreign Minister Ayman Safadi paid a surprise visit to Ramallah on Wednesday, a visit that is related to Jordan’s decision to provide the Palestinian Authority (PA) with documents that allegedly indicate Arab ownership of property in the Sheikh Jarrah neighborhood in Jerusalem.

News reports said that the Jordanian Foreign Ministry provided the PA embassy in Amman with documents proving, according to Jordan, the ownership and rights of the Arab residents of the Sheikh Jarrah neighborhood over properties and homes they live in.


The Jordanian Foreign Ministry announced Wednesday that it had forwarded the historical documents to the PA, including the leases for the Arab residents in the Sheikh Jarrah neighborhood in eastern Jerusalem. The documents also include contracts, correspondence, records, and statements on behalf of the residents.

Jordan also provided the PA embassy with a copy of the agreement signed between the Jordanian Ministry of Construction and Development and the UN Relief and Works Agency (UNRWA) in 1954, found after scanning through the archives and searching for 60-year-old documents.

Foreign Ministry spokesman Dif Allah al-Faiz said that “as early as 2019, copies of all the documents found in this matter were provided to the Palestinian Embassy in Amman, at the request of the Palestinian Authority.”

The statement added that “the official records of the Ministry of Construction and Development in the Kingdom of Jordan prove, after an in-depth examination, that in 1956, leases were signed for housing units with some of the residents of Sheikh Jarrah.”

He further claimed that “the presence of Jerusalemites on their land and homes and the protection of their rights are part of the kingdom’s efforts to support the Palestinian brothers,” adding that “Jordan condemns Israel’s illegal and inhumane attempts to expel Palestinians from their homes and lands and violate their rights.”

The transfer of the documents is intended to help the Arab residents of the neighborhood to fight against the Jerusalem municipality, which seeks to promote development plans in the neighborhood and informed the families of the evacuation of their homes, in which they live illegally.

The land in question was purchased by the Sephardic Community Committee in Jerusalem and the Knesset of Israel.

The Arab families were settled into the neighborhood after the War of Independence in 1948 during the illegal Jordanian occupation of the area after Israel lost control over this part of Jerusalem, and their residence was approved by the Jordanian government, which controlled the area until 1967, at the initiative of the UNRWA.

In 1956, the Jordanian government and UNRWA settled 28 families and they were granted tenant status for a period of 33 years, while ownership of the place remained in the hands of the Jordanian custodian.

Israel’s Jerusalem District Court recently rejected several appeals and ruled that the eight Arab families who have lived there illegally for decades should be evacuated.

The court initially offered them to pay rent to the Sephardic Community Committee, which owns the land on which the Jordanians illegally built the homes, but they refused to do so and were therefore ordered to be evicted.

A few months ago, Turkey passed microfilm containing what it claims to be hundreds of documents of ownership of Muslim property in the Old City.

However, Jerusalem Council Member Arieh King told TPS that the presentation of the documents to the PA is part of the struggle between Jordan, Turkey, and Saudi Arabia for dominance in eastern Jerusalem, in general, and the Temple Mount in particular.

All the documents in question have been in the Israeli registry since 1967, King said.

King is an expert on land ownership in this area of Jerusalem. 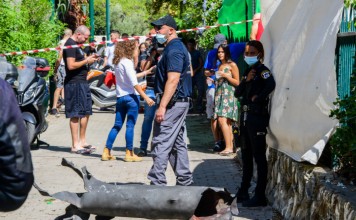 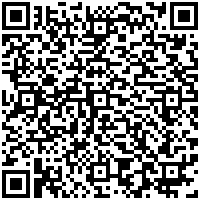