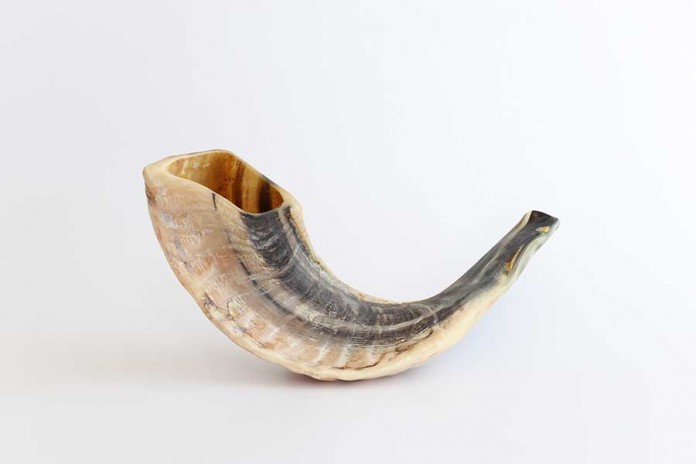 The Mishnah (Rosh Hashana 3:2) rules that a horn from a cow or bull (i.e. a bovine horn) is unfit for use in the commandment of blowing a shofar on Rosh Hashana. Both the Babylonian and Jerusalemic Talmud explain that this is because a bovine horn is called a keren (Deuteronomy 33:17; see also Gittin 2:3, Keilim 11:7) and not a shofar, while a horn from ram (an ovine horn) is called both a keren and a shofar. This leads us to the obvious question: If shofar and keren both mean “horn,” then why is something called a keren disqualified from the commandment of shofar? In this essay, we will attempt to show the differences between these two words; and, in doing so, we will eventually be able to answer that question.

Rabbi Moshe ben Nachman (1194-1270), better known as Ramban or Nachmanides, explains that as long as a horn is still attached to the animal, both types are called a keren. When they are detached from the animal, however, they are distinguished from each other as follows:


The first type of animal horn is technically hollow but naturally stuffed with a sort of filling that needs to be removed in order for the horn to be useful for sounding. This type of horn is called a shofar when detached from the animal.

The second type of animal horn consists of one solid keratin block. In order to use this horn for making sounds, one must drill into that block; there is no filling that can simply be removed to render the horn useful for making sounds. This type of horn is called a keren even when detached from the animal.

Based on this, Nachmanides explains that any animal horn that is a keren and not a shofar is disqualified from the commandment of shofar. Yet, when the Mishnah says that a bovine horn is unfit, this is not because it is a keren and not a shofar. Rather, this disqualification stems from the fact that the bovine horn is called a keren even though it is materially a shofar.

Why this nomenclature should disqualify the bovine horn from the commandment of shofar will become clear soon.

Linguists like Avraham Even-Shoshan (1906-1984) and Rabbi Ernest Klein (1899-1983) claim that the Hebrew word shofar cognates with the Akkadian word shapparu (“wild sheep”). That Akkadian word, in turn, seems to be related to the late Biblical Hebrew word tzfir (Daniel 8:5, 8:8, 8:21, Ezra 8:35, II Chronicles 29:21) – based on the interchangeability of shin and tzadi – and perhaps the earlier Biblical Hebrew word se’ir (with the possible interchangeability of peh and ayin).

However, the Hebrew root shin-peh-reish yields words that mean “pleasant” or “good” (Genesis 49:21, Psalms 16:6, Job 26:13). They are cognates with the Aramaic word shfar, which occurs thrice in the Bible (Daniel 3:32, 4:24 6:2). When Jacob blessed his son Naphtali before he died, he likened Naphtali to a speeding gazelle “who provides words of shefer” (Genesis 49:21). The Midrash (Bereishit Rabbah §98:17) understands the word shefer here as reference to the judge Deborah, who descends from Naphtali. As the Midrash teaches, shefer alludes specifically to either the “beautiful” song that Deborah sang after leading the Jews to victory against the Canaanite general Sisera, or to her scholarly prowess in making the words of the Torah appear more clear and “beautiful” in her role as judge; the Midrash adds that this latter connection is especially germane because the Torah itself was given with shofarot (Exodus 19:19).

One of the Jewish midwives during the Egyptian bondage was named Shifrah (Exodus 1:15); often identified as Jochebed, the mother of Moses. The Midrashim (Sifrei Behalotcha §78, Shemot Rabbah §1:13, Kohelet Rabbah §7:3, and Midrash Shmuel §23) explain this name or nickname was on account of Shifra’s role in “beautifying” newly born infants after they emerged from the womb all covered in blood, or her role in the “betterment” of the Jewish People through Torah and mitzvot because she gave birth to Moses.

The classical lexicographers Menachem Ibn Saruk, Yonah Ibn Janach, and Radak trace the word keren to the triliteral root kuf-reish-nun, which means both an animal’s horn or a ray of light. The connection between these two meanings is obvious: a ray of light projects outwards from its source just like a horn juts out from an animal’s head.

Rabbi Shlomo Pappenheim (1740-1814) traces the word keren to the two-letter root kuf-reish, which refers to “strong impact” that results from extreme weight or velocity. One group of words derived from this root include korah (“wooden beam”) and tikrah (“ceiling”), because the weight of the horizontal beams that comprise the ceiling weigh down on a building’s support, thus creating a point of “impact.” Other related words include kir (“wall”), vertically-positioned wooden beams that bear the weight of a structure (borrowed to refer to any sort of wall); kiryah (“city”), a community comprised of multiple walled structures; kurei (“spider web”); and krum (“covering”), a ceiling-like membrane that covers one’s internal organs.

He similarly explains the words mikrah and keri (“occurrence,” “happenstance”) as referring to the sudden collision of a person and a new set of circumstances. Finally, he explains the word keren in the sense of an animal’s horn as related the horn’s potential for “high-impact” goring.

Without explicitly mentioning all of this, Rabbi Moshe Shapiro addresses why the Torah disqualifies a bovine horn from the commandment of shofar because it is called a keren. A keren describes the point of collision of two opposing forces moving in opposite directions. When the term keren is used to describe damage by goring, it does not just refer to the physical limb used in the act, but also represents the point of departure from which an animal may stray and act out inappropriately. Thus, keren represents the crossroads at which one is faced with the choice of going in one of two possible ways. Keren as a “corner” also relates to the concept of an “impact” because it denotes the meeting place of two sides.

Similarly, Rabbi Shapiro teaches that this explains why keren in a financial context describes the principal capital originally invested in a given venture: When monies are invested into a potential endeavor, the undertaking can go in one of two possible directions – the principal can be lost, or it can produce profit.

On Rosh Hashana, we galvanize all our energies to focus them in a single direction, for one single goal: the proclamation of Hashem’s kingship. In that context, there are no other valid possibilities, so the very fact that something is simply called a keren – which implies a fork in the road that leads to various possibilities – disqualifies it from being using as a shofar. The very word keren is incompatible with what the shofar represents.

Although Rabbi Moshe Shapiro does not make this point explicitly, Rabbi Yom Tov of Seville (1250-1330), known as the Ritva, notes that the term shofar implies something “beautiful and copacetic” (like the shin-peh-reish words discussed above). Thus, the very word shofar functions as the antithesis to the keren, because it implies unification that precludes all other possibilities, just like we strive for when we proclaim Hashem’s universal kingship. 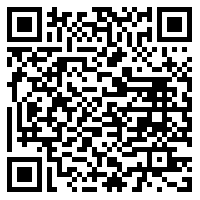