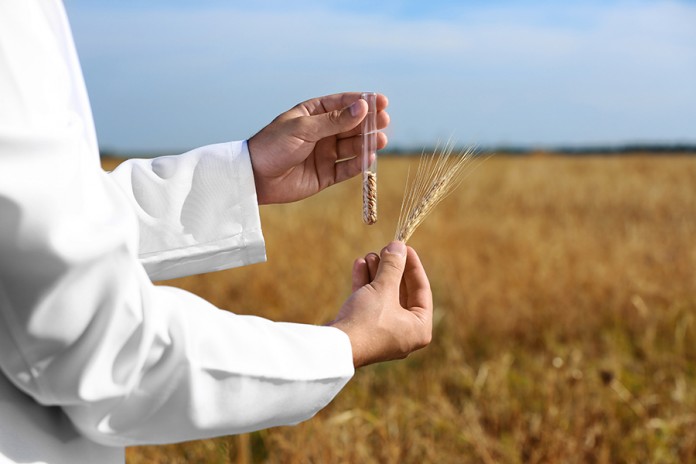 The Torah commands that every seventh year be declared a sabbatical year, during which the Holy Land must be left fallow and all loans are to be considered remitted. This year – 5782 – is a sabbatical year, so I thought it would be appropriate to discuss two Hebrew terms used to refer to the sabbatical year: “shemittah” and “sheviit.” This first essay focuses on the term shemittah (“slipping away”) and explores various Hebrew words which appear to be synonymous with that term. The second essay focuses on the term sheviit (“the seventh one”) and expounds on other related Hebrew expressions whose etymologies seem to be connected to the root of that word.

The Book of Deuteronomy refers to the sabbatical year as shemittah in five instances (Deuteronomy. 15:1-2, 15:9, 31:10). This noun is derived from the triliteral root shin-mem-tet, which also gives us a verb that means “to slip away.” Indeed, the Torah uses forms of this verb when discussing the laws of shemittah: “And six years shall you sow your land and you shall gather its produce, and [in] the seventh [year], you shall ‘slip it away’ (tishmitenah) and abandon it…” (Exodus 23:10-11). Rashi explains that this passage refers to the requirement that one refrain from working the land during the sabbatical year. Elsewhere, the Torah speaks about a lender allowing all loans due to him to “slip away” (shamot, tashmet) during the shemittah year (see Deuteronomy 15:2-3). Thus we see that both the agricultural and financial laws regarding the sabbatical year are associated with the term shemittah.

Although many people today continue to use the Biblical term shemittah colloquially in reference to the sabbatical year, in the Babylonian Talmud that term is actually fairly rare and only appears a few times outside of citing the above-mentioned Biblical verses (Nazir 8b, Sotah 41a, Gittin 36a, Bava Metzia 30b, 48b, Sanhedrin 32a, Shavuot 44b, and several other places).

How does the literal meaning of “slipping away” relate back to laws of the sabbatical year? To better understand this, we will look at several words derived from the same triliteral root as shemittah, and infer from them a more precise definition of this root.

When Uzza sent forth his hand to support the Holy Ark as it was being transported on cattle, he did so lest the beasts “shamat” the holy object (II Samuel 6:6, I Chronicles 13:9). Rabbi Yonah Ibn Janach explains in Sefer HaShorashim that this means that the sheer weight of the ark was causing the animals’ joints to burst, and this would have led to the ark “slipping off” the wagon had the animals actually collapsed. Similarly, when Jehu killed Jezebel by way of defenestration (i.e., throwing her out the window), the verb used by the Bible is a cognate of shemittah (II Kings 9:33), with Radak (ibid.) and Ibn Ezra (Deuteronomy 15:1) commenting that in this context the term means “to let something go so that it will fall.”

From these examples, it seems that the core denotation of shemittah is leaving something to its own devices, which will invariably cause it to fall or slip out of place. In that sense, shemittah denotes both forsaking something and the falling/slipping that results from it being forsaken. As a result, we may explain that by not working one’s fields during the sabbatical year as stipulated by the Torah, one essentially loosens their grip on their property and thus figuratively allows it to “slip away” from their control in a free-for-all. Similarly, we can explain that when a lender forgoes collecting the debts he is owed, those monies are no longer in his hand but rather “slip away” from his proverbial grasp.

In discussing the case of the accidental killer who must flee to a city of refuge, the Bible uses the example of somebody who was chopping wood in the forest and his hand “slipped” out of place, causing the metal part of the hammer or a piece of wood to fling outwards and kill somebody (Deuteronomy 19:5). In explaining that the wood-chopper’s hand slipped, Rashi echoes the word choice of the Mishnah (Makkot 2:1) in using a cognate of the word shemittah (see also Rashi to II Samuel 6:6, who connects the usage of shemittah here to its appearance in the story of Uzza, mentioned above). In this case, the slipping is not necessarily the result of anything being “forsaken,” but seems to be a borrowed usage.

Additionally, when the Talmud (Chullin 57a) discusses whether an animal/bird with a dislocated shoulder or thigh is considered moribund (tereifah), it uses the term shmutat to denote that dislocation, as the affected bone is understood to have slipped out of place. This too is unrelated to forsaking, per se, but the dislocation aspect shares the same result as something slipping away.

The Torah mandates that a widow whose husband died without children, known as a yevamah, must either marry her deceased husband’s brother (yibbum, the Levirate marriage) or must perform the chalitzah ceremony where she removes her brother-in-law’s shoe from upon his foot (Deuteronomy 25:9). Before taking either of these courses of action, the yevamah is forbidden from marrying anybody besides one of her deceased husband’s brothers. As the Talmud puts it, the yevamah’s license to marry somebody else is commensurate with the shemittah (“slipping off”) of most of the heel (Yevamos 102a).

The Midrash (Vayikra Rabbah 34:15) explains that the term chalitzah holds four distinct meanings: “slipping,” “arming,” “saving,” and “leaving something resting in its place.” As an example of chalitzah in the sense of “slipping,” the Midrash mentions the chalitzah ceremony in which the yevamah slips off the shoe from her brother-in-law’s foot. As an example of “arming,” the Midrash cites the fact that soldiers of the Jewish army were called chalutzim (Deuteronomy 3:18). To adduce the “saving” meaning, the Midrash points to the verse “May G-d save me (chaltzeini) from an evil person” (Psalms 140:2); and for the “resting” meaning of chalitzah the Midrash cites the Shabbat liturgy in which we beseech G-d to “be appeased and let us rest” (“ritzay v’hachalitzeinu”).

Interestingly, in Aramaic the act of “removing clothing” is also a cognate of chalitzah (see Targum to I Samuel 31:8-9, I Chronicles 10:8), possibly because stripping off one’s clothes is an act of extracting one’s body from within such garments. This Aramaic usage could be the etymological basis for the Modern Hebrew word chultzah (shirt). Rabbi Dr. Ernest Klein (1899-1983) writes in his etymological dictionary, however, that this term was originally coined by Prof. Joseph Klausner (1874-1958) to mean “blouse” and was derived from the “hips/thigh” meaning of chalatzaim (because a blouse typically covered the loins).

Another Biblical Hebrew word that refers to “slipping off” is shalaf (derived from the triliteral root shin-lammed-pey). In general, words from this root refer to slipping something out of its container to brandish it for another purpose. Cognates of shalaf appear 25 times in the Bible, most commonly when referring to the act of drawing one’s sword from its sheath. Less commonly, cognates of shalaf refer to the act of slipping off one’s shoe (Ruth 4:7-8) for symbolic deal-making – kind of an ancient equivalent of shaking hands. In fact, Targum pseudo-Jonathan (Deuteronomy 25:9) renders the verb form of chalitzah in the context of the chalitzah ritual as a cognate of shalaf. Rashi (Chullin 53a and Gittin 33b) also connects these two verbs and ostensibly sees them as synonymous.

Rabbi Shlomo Pappenheim proposes that shalaf differs from chalitzah in that shalaf is used whenever the two items in question were only loosely attached and could easily be separated. As noted above, most appearances of this root involve “slipping out” one’s sword from its sheath or “slipping off” one’s shoe for the purposes of a business transaction. In both situations, this action is typically performed as quickly as possible. In the case of a business deal, the buyer and seller want to seal the deal before the other one backs out, and in the case of a sword, a warrior needs his weapon to be readily at his disposal. Because of the need to swiftly be able to remove one’s sword or shoe, we would not expect them to be fastened too strongly.

In a similar vein, Shoresh Yesha notes that Biblical Hebrew uses three verbs to denote “removing” one’s shoe: shal (Exodus 3:5, Joshua 5:15), shalaf, and chalitzah. He explains that these three terms correspond to three different ways by which a shoe or sandal may be attached to one’s foot, with shal referring to slipping off one’s sandal without even using one’s hands, shalaf referring to taking off one’s shoe by hand, and chalitzah referring to removing a shoe fastened to the foot by first untying it.

What I found perplexing is the fact that the Talmud refers to a load mounted on top of an animal as a shlif (Bava Kamma 3a; see Rashi to Bava Kamma 17b, Shabbat 154b, Eruvin 16a, and Kiddushin 22b). This word is seemingly derived from the triliteral shin-lammed-pey but I do not understand why the word for a parcel that somebody hopes will not slip off the animal’s back is derived from the act of slipping off. Perhaps the word shlif refers to that very hope that it does not fall off the animal transporting it. Alternatively perhaps the word shalaf actually refers to the same sort of untying denoted by the word chalitzah, so the term shlif refers to how one might remove the package from upon the animal after it reaches its final destination (see Rashi to Bava Batra 75b, who notes that the shlif was tied to the animal). 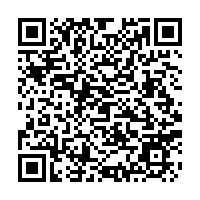