Rabbi David Fohrman of the Hoffberger Institute for Torah Study is an engaging speaker and astonishing interpreter of Torah texts, captivating his devoted listeners and readers for decades. The Queen You Thought You Knew: Unmasking Esther’s Hidden Story is his most recent publication, unrolling the Megillah with the excitement of a blockbuster.

The introduction reveals ” the hidden face of the Book of Esther a story that begins in earnest at the point where most of us think the narrative is virtually over.” Fohrman analyses many paradoxical passages in “What’s wrong with the picture” scenarios, making deeply satisfying sense of them.

The chapters “Mother Persia” and “Martial Arts” teach life-lessons and examine the game of political intrigue. Chess-players will enjoy the sly moves that Queen Esther makes in her quest for personal survival and public Jewish rescue. Her timing of banquets, preparation of guest lists and the very words she speaks at specific intervals is sheer genius. The Jewish twist of humor is revealed on following pages.

The “Backyard Gallows” chapter is an incisive analysis of obsession that would serve any psychoanalyst well. Fohrman’s readers will learn that it’s part of a bigger picture. God and his servants Esther and Mordechai all have clever senses of purpose and humor that are dedicated to saving world Jewry.

Both professors of military strategy and readers will learn valuable lessons in the “War Games” chapter about the use of public scrutiny for altruistic gain. Fohrman asks what Mordechai and Esther can do with the king’s signet ring. After all, Achashverosh denied Esther’s request to rescind Haman’s irrevocable decree of death to the Jews. Don’t bother second-guessing the lessons unless you’ve already read the book!

Intriguingly, The Queen You Thought You Knew questions the lack of chronology toward the end of Megilat Esther. “The Sound of Silence” and later chapters will amaze you when that conundrum is addressed. Fohrman unveilsahavat chinam and other halachic themes in the Megillah, overlooked by many Purim celebrants for centuries. Though these realities may never before have registered in your mind, they’re likely to remain there long after you finish The Queen You Thought You Knew: Unmasking Esther’s Hidden Story.

One reading of this fine book is simply not enough. Study the Megillah, as well as halacha and Hebrew grammar at the www.rabbifohrmansite today.

How to Make Chumash Come Alive for Your Kids: Five Tools you Can Use 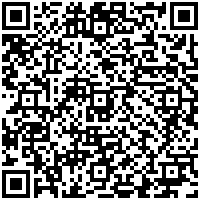