Arsonists in Iran torched the historic burial site of Queen Esther and Mordechai, formerly an official pilgrimage site, this weekend in Hamedan, Iran.

Information about the attack was communicated to the Jewish community leaders and others around the world by Iranian activists.


The US Envoy to Monitor and Combat Anti-Semitism, Elan Carr, was among those who condemned the attack, noting it followed a threat against the sacred site this past February, just before Purim.

We strongly condemn the attack on the Tomb of Esther & Mordechai in Hamedan #Iran, which follows a threat last Feb. against the site. Iran’s regime is the world’s chief state sponsor of #Antisemitism. It must stop incitement and protect its #Jewish community and other minorities.

“Iran’s regime is the world’s chief state sponsor of anti-Semitism,” Carr wrote in a tweet. “It must stop incitement and protect its Jewish community and other minorities.”

Although the Iranian government had listed the site in December 2008 to its National Heritage List, it downgraded the shrine in 2011, removing its protection.

“No one is surprised by this barbaric attack,” declared Rabbis Marvin Hier and Abraham Cooper, Dean and Founder and Associate Dean and Director of Global Social Action of the leading Jewish Human Rights NGO, in a statement released in Los Angeles.

Muslims have in the past safeguarded Jewish holy sites in Arab nations throughout the region, including the Tomb of Esther and Mordechai.
“But all that has changed under the Ayatollahs and the terrorist movements they have spawned,” noted the two rabbis. “In recent years there have been annual anti-Semitic protests at the holy site where Jews have come to pray peacefully for hundreds of years.”

The rabbis said the torching of the Jewish sacred site was “reminiscent of the Nazis, who not only killed the living, but desecrated the dead.”

Just before Purim this year, Iranian authorities threatened to destroy the tomb and convert it to a consular office for the Palestine Liberation Organization and the Palestinian Authority, according to ARAM, the Alliance for Rights of All Minorities in Iran. The action allegedly came in response to the unveiling of the Trump administration’s Middle East peace plan.

“In such an environment a violent attack against Jews, Judaism, and Jewish heritage should surprise no one,” the rabbis added.

“We urge all world leaders to condemn this cowardly anti-Semitic attack and Iran’s serial anti-Semitic policies,” they said.

Goldstein on Gelt: How to Achieve Financial Success 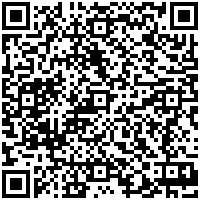