Strangely, the person who seemed most affected by Tzeitl’s death was Goliath. Upon hearing the news, he surrounded himself with an impenetrable wall. He even found it hard to play with the children. Shmuelik said the body had to remain wrapped in a sheet on the floor of Hodel’s house until the Sabbath was over. During the Sabbath, mourning was forbidden, and Tevye did his best to remain strong. But come Motzei Shabbos, when the day ended, the children’s sobs at the funeral made everyone feel the very great weight of the loss. Little Moishe and Hannie clung to their grandfather as if he were father and mother in one. For their sake, Tevye kept his face locked in an optimistic expression. When the Mashiach came, he told them, their mother would return. With God’s help, they wouldn’t have long to wait. If they prayed hard enough, the Mashiach could come any day. All things considered, he reasoned, the situation of the dead was a lot better than that of the living. That is, if there were cows which had to be milked, and wagons which broke down in the World to Come, Tevye had never heard about it.

Tevye’s hope-filled posture paid off. After a few days, with the resilience of children, Moishe and Hannie ventured away from Tevye’s shadow to play outside with the youngsters of the kibbutz. Tevye and his daughters sat out the seven-day mourning period in Hodel and Perchik’s tiny, mud hut of a home. Goliath joined them as if he were a part of the family. He kept to a corner, trying to be as unobtrusive as possible, but owing to his size, he filled up a substantial part of the room. He was gladdened when the children mustered enough courage to venture outside on their own. It gave him an excuse to sit outside the house, where he could keep an eye on their activities. That way, he could keep out of the way, yet still be a part of the mourning.

Because her family had to eat in her home while they were sitting shiva, Hodel had to be more stringent in the kitchen. While she never mixed milk products and meat, she had become less mindful of some of the other kosher laws. Since she and Perchik normally ate in the dining hall with the other members of the kibbutz, she had to make use of the communal kitchen in preparing the meals for her family. Shmuelik boiled the utensils which needed to be purified, and he kashered the pans in a blazing fire. Perchik called the procedure a primitive voodoo, but he controlled his disapproval as long as Tevye was in the house. However, he warned that when the week of mourning concluded, the foolishness would stop.

“It may seem like foolishness to you,” Hodel answered. “But to me it is important.”

“Has your father been brainwashing you again?”

“Don’t you dare to speak out against my father,” she said in a temper.

Perchik stared at his gentle wife in surprise. She stood glaring at him in defiance, as if she were seeking a fight. Since Tzeitl’s death, something in Hodel had changed. As strange as it sounded, she felt that Tzeitl’s spirit had entered her body. Everyone knew that stories of dybbuks were true. Souls of the dead could enter a person on earth until they found rest. In Anatevka, the Rabbi had exorcised more than a few. After all, Hodel reasoned, God had not brought Tzeitl all of the way to Israel to die in her arms for no reason at all. It was enough that Tzeitl wanted her children to grow up with Ruchel and the young rabbi, Nachman, to make Hodel realize the shortcomings of her present lifestyle. She had experienced a sense of rejection in her sister’s last wish, a condemnation of the path she had chosen, but in her heart, she knew that her sister’s decision was sound. After all, what sort of Jewish tradition could Hodel pass on to the children if the basics of Torah observance, like kashrus, Shabbos, and prayer were not to be found in her house? Soon, she realized, she would be a mother herself, and she wanted to bequeath to the next generation the things which had been important to her. Not only the aroma of freshly baked challahs, but the reverence for religion which had filled her house in Anatevka with a blessing from one Sabbath to the next. After all, it was the faithfulness to tradition which made a people last. Who said that modern ideas were necessarily better than the beliefs of the past?

At Jordan Valley’s 50th Yr Celebration: ‘If We’re Not Here, Tehran & Hamastan Will Be Here’ 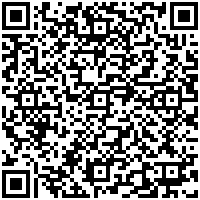