Last week, two girls from the Lubavitch Educational Center’s Bais Chana High School in North Miami went missing at a school-sponsored Shabbaton. The event was held at a resort in Kissimmee, Florida. The young ladies took a Shabbat afternoon stroll. They wound up lost in the woods. Of course, they did not have cell phones. It was, after all, the Sabbath.

The news quickly swept through the South Florida community. Tehillim were recited. Search parties were organized. Hundreds of volunteers gathered to search the area. Hatzolah and Chesed Shel Emes of Miami joined with private individuals and the Osceola County sheriff’s department in an attempt to find the two 16 year olds.


Brocha Katz and Rivka Moshe spent the night huddled together. Baruch Hashem, they were found on Sunday morning. A sheriff’s helicopter spotted the missing pair. They were in the woods, not far from the resort. Despite being covered with scratches and insect bites, the girls were OK.

The yetzer tov, the good inclination, seems to shine during times of crisis.

New Yorkers rose to the occasion in the aftermath of 9/11.The incredible acts of bravery on the part of first responders is legend. Acts of random kindnesses performed by average citizens were rampant. Thousands lined up to donate blood. Petty crimes, like pickpocketing, were at a historic low. American flags were flown from poles and worn as pins on lapels. There was a real sense of unity.

Individuals all around the world tend to rally when faced with a natural catastrophe or a terrorist attack. They forget their petty differences and work together. They establish a sense of camaraderie.

The Jewish people are no exception to acting in this manner. We seem to come together with achdut at time of personal, as well as national, peril. If life is a test, we are not scoring high during the interim.

Baruch Sandhaus, executive director of Hatzolah of Miami-Dade County said, “The Chabad community has an amazingly strong network. I received local calls from all over South Florida from people wanting to volunteer in the search. Concerned response came from across the United States and also from Israel and other countries. The Jewish community’s outreach was truly overwhelming. It showed that others care. We are not alone.”

Hopefully, we can hold on to that feeling and use it in our day-to-day lives. Our ahavat Yisrael, love for each other, should not be reserved for disasters.

It’s My Opinion: A Misguided Rescue

The Truth is a Minority Opinion 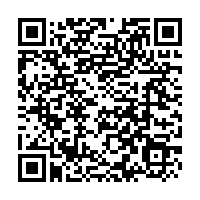