It takes courage to write my story. I am not a young woman anymore and I feel compelled to put my family’s story on paper to give us a voice when we have none. I hope that by sharing our painful story, other parents can learn from our mistakes and that we will ultimately be able to open a dialogue about judgment and forgiveness – for ourselves and others. What follows is story of a regular family and a tragedy that unfolded while we were not looking. In that, ours is a cautionary tale for every parent.

It all began with a phone call. I was on my way to work when a woman called saying, “Do you know that your son Yisroel [a pseudonym] sexually abused my son in camp several years ago?” So shocking was this accusation that at first, I didn’t quite take it in. In the few seconds it took me to assimilate the information, I blurted out, “No. I don’t know anything about it, but I will find out and do whatever has to be done.”


I can’t really explain the effect this call had on me. I wondered if it could be true. This wasn’t the introverted, gentle son I knew – could he have done this terrible thing? Then, as any parent would, I started searching for any hint that I could’ve missed; what didn’t I see? And I searched my heart, wondering what I had done wrong. This child had been born at a chaotic time when I was overburdened with family troubles. My mother had cancer, and I had been turning the world upside down in a futile search for the doctors and treatments that would save her. Sadly, my efforts were too little and too late, and I was left grieving and feeling guilty. The next few years brought the death of my father and other medical crises, but despite it all, our family life seemed normal. In all the hours of soul-searching that followed, I wondered if this child, who perhaps needed the most attention of all my kids, didn’t get all that he needed. I know we had struggled to do the best we could.

Yisroel had been diagnosed with ADHD and had difficulty making friends at school. He was bullied and became sullen and withdrawn, and he seemed to lack social skills needed to make close friendships. We sought advice from a child therapist but nothing helped. When he finally made what seemed to be a good friend, a neighborhood boy a couple of years older than him, I was so happy. But my impression was terribly wrong. My son was being sexually exploited and I was totally oblivious. These events took place many years ago, and in those more innocent times, such things were unimaginable to most people. This older boy was “frum” and from our own Orthodox neighborhood, and I felt very comfortable. In fact, I saw this new relationship as a “bracha” for my child who was so bereft of friends.

As time passed, I began to feel something was not right, but I couldn’t put my finger on it. Yisroel seemed sad and uncommunicative, but when I asked him if something was bothering him, he invariably said no. Several therapists failed to uncover any particular problem, and therapy didn’t continue. My son never revealed the abuse to any of them. Now, I know that this is not unusual. Years later, when I asked him why he hadn’t told me about the abuse, he replied that he was afraid I wouldn’t believe him. If only he had, so much heartache might have been avoided, but sexual abuse is very often covered up by an unbearable burden of shame that thwarts discovery and treatment, and allows wounds to fester, untended for years.

My son continued in the yeshiva system, attending high school and then learning in Israel with no apparent problems and no complaints from his rebbaim. When he returned home, he seemed happier, though he still didn’t have many friends.

By the time the distraught mother called me with the accusation, Yisroel was 22 years old and immersed in Torah studies. I immediately confronted him and told him about the call. I won’t lie; I hoped with all my heart that he would be shocked and deny it. I hoped it would wind up being untrue, a mix-up – that it was not my son; that it didn’t happen. But my son just looked at me with an expression I couldn’t interpret and was silent. Heartsick, my husband and I took him to see a therapist, a specialist in the treatment of sexual abuse recommended by an Orthodox referral service. A battery of tests confirmed that he had been abused himself and also had abused his camper. My husband and I, together with our other children, were enlisted in Yisroel’s treatment plan, charged with enforcing his attendance in therapy and monitoring his comings and goings, but he was anxious to cooperate in the treatment and continued willingly for six years.

Life went on almost normally. Eventually, Yisroel met and began dating a young woman. Concerned about whether he was ready for marriage, we consulted his therapist, who assured us that he was healthy and posed no danger to the community since he had received treatment early and had never repeated his offense. He gave my son his blessings for the marriage, and we were thrilled that our son was finally reentering life, albeit with a heavy burden.

It was three years after his marriage and almost 10 years after the abuse incident that another surprise phone call upended our lives again. This time, the former camper himself called and accused my son of molesting him. Yisroel readily admitted his guilt, apologized profusely and explained that he was still in therapy. But, unbeknownst to my son, there was a police detective listening in and recording the conversation, and in a classic sting operation, he arrested my son based on his admission.

Life has a way of forcing us to learn many lessons that we would rather never know, and so, we began our tutorial on the legal system that would occupy such a dominate place in our lives to this day. We became aware of the various classes of felonies: since the statute of limitations had passed, the state would have to apply the higher-level offence, which subjected our son to a mandatory sentence of five to 25 years. We learned that our only option was a plea bargain which required an admission of guilt, 10 years probation and being registered as a sex offender, and mandatory therapy through the court system, although he had already had six years of specialized therapy. We learned that in some respects, the law is unfair to the victim, instituting an unreasonable time frame for charges to be brought, and to the perpetrator, in that all offenders are lumped into one undifferentiated bunch. There was little we could do other than agree to the terms we were offered. We live with enormous guilt and anguish knowing that our son so grievously hurt another child and caused tremendous suffering to the victim and his family. To undo the damage is impossible, and we made the only reparation we could, paying unstintingly for the victim’s therapy, which ran into six figures. 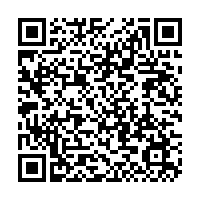