Allan is a very troubled nineteen-year-old who has been coming to see me since August. Actually, I’m never sure if Allan will make it to the next appointment. Since we first met, I have been amazed at the amount of emotional turmoil and pain he is in. Every appointment seems to bring another “cry” for help. His anguish is noted by his constant crying and threats of harm to himself and others. In fact, he doesn’t seem to filter his words and randomly ensures that I know about his aggressive thoughts. Just last week he told me that nobody ever believes him when he is in pain and so he feels the need to show them – he says that he doused his hand in a flammable liquid and set it on fire just to show others how much pain he is in. (I don’t actually believe he did this, as there was no sign of his hand being burned).

Allan’s life is full of inconsistent events. He seems to have a support system in his parents but I have only met his father, who is very concerned about Allan. On the other hand, his father often feeds into Allan’s overly dramatic behaviours and, at times, seems to compete with him in regards to histrionic scenes.

Recently Allan said to me, “I’m in such agony; my soul is on fire.” What a telling statement – he feels overwhelmed, lonely, humiliated and like a failure. Now you know why I say I don’t know if he will make it to the next appointment. As it is beyond the scope of this article to discuss his situation further, I would like to focus on childhood and teen feelings of distress.

Telling kids that their teen years are the best years of their lives is not necessarily true. In fact, I often say that I would not like to be a teenager today. There is so much stimuli bombarding them at every moment, they so many decisions to make, and they deal with so much stress and expectations – with limited resources at their disposal.

A local Toronto radio station has as its motto, “Beautiful music for a crazy world.” I’m almost surprised with their honesty. It really is a crazy world we live in and it tends to make some people crazy, or at least feel as if they are. We are all bombarded with changes – some good, some not so good and others just difficult to understand. We struggle to the best we can.

For kids, often the level of stress or distress they deal with is dependent on their familiarity with the situation. When our environment is chaotic or fear inducing, we may have a hard time separating ourselves emotionally from what is going on around us. In fact, internally we become part of the chaos. We all adjust better to more familiar situations. That is, we learn to cope best with situations as they become more familiar to us.

Dealing with personal or family challenges is difficult in the best of times. For children and teens it’s even harder. Life for many young people is a painful tug of war filled with mixed messages and conflicting demands from parents, teachers, coaches, employers, friends and themselves. Growing up—negotiating a path between independence and reliance on others—is a tough business. It creates stress, and it can cause serious depression for young people ill-equipped to cope, communicate and solve problems.

Some experiences are more severe or long lasting, while some kids may react to setbacks in different ways. Children and teens may indicate to their parents or others that they are distressed or unable to cope directly, or more often, through various hints. Most common for a teen is to show his or her distress through changes in mood or behaviour, at home, at school or with friends.

The teen years are emotional, fascinating, tumultuous, exciting, fearsome, lonely and social at the same time and filled with angst over the ultimate question, “Who am I.” What I’m about to say is difficult for adults to hear as well as comprehend. Nevertheless, here it is: I believe that much of an adolescent’s rebellion is, in fact, part of the developmental transition from childhood to adulthood. Almost by definition, adolescence is a time of chaos and struggle for one’s self identity: He or she is no longer the dependent child. Teens go from relying on us (and most of us enjoying that role) to learning to make life changing decisions, becoming independent and a self-fulfilled adult. As they push us away and ask to be allowed to make their own decisions, and mistakes, they are using the only tool they believe they have to become self-actualized. 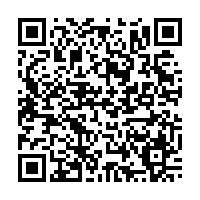