Home Jewish Kosher Food News Israel’s Nutrinia Brings Magic Of Mother’s Milk To Formula
Share on Facebook
Tweet on Twitter
In the first 24 hours of life, a nursing baby gets a big zing of power from its mother’s milk. “This is a mother’s first gift to her child,” says Professor Naim Shehadeh, head of the Pediatric Diabetes Clinic at the Rambam Medical Center in Haifa, describing the nutrients and vitamins that mother’s milk provides the newborn.

“Insulin is 100 times more concentrated in the first milk a mother gives her baby than in the blood. Nature must have a reason for enriching the first milk and helping the newborn get over the shock of the first 24 hours,” explains Shehadeh, who specializes in pediatrics and endocrinology, and is also on the faculty of the Technion Institute Medical School.

Major benefits gained from breastfeeding, in addition to bonding, have been touted by pediatric research for years. Breastfed babies usually have fewer infections, the incidence of SIDS (Sudden Infant Death Syndrome) is much less, and colic and other digestive problems are usually less prevalent because mother’s milk is easier to digest than formula. But Shehadeh’s research kept coming back to the emphasis on the need for insulin.

An expert in juvenile diabetes, Shehadeh and others observed the higher incidence of the disease among children who had not been breastfed.

“An alarm went off in my head, and the first seed was planted for an idea for a formula for non-breast-fed babies that would come closer to the benefits of mother’s milk – specifically the massive amounts of natural insulin.”

The result of that alarm is InsuMeal, a bioactive insulin protein that can be added to commercial infant formula to make them closer to mother’s milk. InsuMeal is the first product to emerge from Nutrinia, the company Shehadeh founded together with Dr. Sharon Devir, CEO of New Generation Technologies (NGT), and Maabarot Products Ltd., whose subsidiary is Materna Laboratories, the leading manufacturer and marketer of Materna Infant Formula – Israel’s largest manufacturer of baby formula.

Giving a big impetus to the need for the product is research cited by Shehadeh that has shown a positive effect of insulin on the gastro-intestinal tract. “The GI tract has receptors for insulin. We have found that insulin has a very positive effect on the entire system, and leads to rapid maturation of the intestinal enzymes.

“When a premature bottle-fed baby is given insulin-enhanced formula, its GI tract interacts with insulin and matures faster,” said Shehadeh, adding that the effect is local, meaning the insulin does not go into the blood and interfere with the natural sugar/insulin balance.

“We looked on the market and we did not find any baby formula with insulin. It was lacking in all,” said Shehadeh. “The reason insulin is not in formula, is because it is very sensitive to heat and mechanical stress, and usually destroyed in formulas. We developed a new technology to keep the insulin bioactive. We also have a usage patent.”

InsuMeal is comprised of a mixture of insulin, vitamin C and maltodextrin, a carbohydrate derived from starch. Nutrinia’s technology micro-encapsulates the mixture (so that it stays bioactive) and creates a powder. It can then be added to any commercial formula.

Shehadeh tested the InsuMeal by adding it to the commercial formula consumed by eight premature babies.

“Their increase in weight was faster than babies in the control group; the time needed for a full oral feeding was shorter, and they were more satisfied,” he reported.

According to the startup company’s special adviser, Dr. Michal Devir, the double-blind study conformed to strict safety factors and produced no adverse reactions or side effects.

“It shows the importance of oral insulin for babies, especially during the critical first four months,” said Devir, a physician with extensive experience in management and biotech investment.

“We reached the conclusion that if insulin is so high in human milk, and important for the gut, then it should be given to bottle-fed babies as a nutritional supplement,” added Shehadeh.

The next step is the launch of a major clinical study, with 100 pre-term and full-term babies, which is expected to begin this fall, with the approval of the Hospital Helsinki Committee. The babies will be recruited by Professor Nehama Linder and her staff at the Beilinson Medical Center in Tel Aviv.

“We believe that InsuMeal is a vital nutritional supplement. When the results of the forthcoming clinical trials are published, and the health benefits demonstrated, we will need a manufacturing base ready to meet the demand,” said Shehadeh. China and India – where formula growth has been particularly high – are expected to be big demand markets.

The company recently finished a round of financing and is looking for investors to participate in additional investment to broaden the clinical trials in Europe and Israel, and to begin the regulatory process and marketing and sales efforts. As supplements given with formula for babies become an accepted part of modern motherhood, Nutrinia believes that InsuMeal will become synonymous with healthy baby nutrition.

“Our vision is to make milk replacement formula as healthy as mother’s milk,” said Shehadeh. 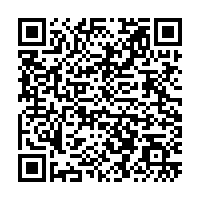