Quinoa has become a part of the Passover diet for many observant Jews since the Star-K published an article Quinoa, The Grain That’s Not, in the Kashrus Kurrents for Pesach, 1997.

In this article the Star-K explains that quinoa is not related to the five types of grain that can becomechometz, nor it is related to millet or rice. It is a species of goosefoot (chenopodium) related to the beet and spinach.

Quinoa is grown in the Andes Mountains in locations that do not support growth of the five grains that can become chometz: wheat, rye, oats, barley and spelt.

Quinoa fills a diet hole for many people for Passover. These include people on gluten-free diets, vegetarians and vegans. It is also a non-meat protein source for dairy-intolerant people. It has become so mainstream that Susie Fishbein has featured recipes using quinoa in her bestselling Passover cookbook published last year by ArtScroll. Some of the companies that process quinoa do so in a chometz-free environment to enable the product to be consumed by people on a gluten-free or wheat-free diet.

Regarding quinoa, the OU wrote, “Quinoa is not one of the five grains that can create chometz (wheat, oat, barley, spelt and rye). Nonetheless, there is a difference of opinion among rabbinic decisors as to whether quinoa is consideredkitniyos (Ashkenazic custom is not to eat kitniyos on Pesach). We suggest asking your Orthodox rabbi if it is or is not kitniyos.”

The OU continues to say the following, “It should be noted that although quinoa is not grown in the same vicinity as the five chometz grains mentioned above, the processing of quinoa is often done at the same facility where they process wheat. Therefore, if you rely on the lenient opinion and treat quinoa as non-kitniyos, we suggest that you sift through the quinoa to make sure that there are no other grains mixed in.”

My research has determined that different manufacturers provide different conditions for the packing of quinoa. This year, the Ancient Harvest plant has been checked and determined that the product is processed in chometz-free environment. Ancient Harvest states on their website, “As a grain, quinoa is gluten free. Our Ancient Harvest Quinoa is grown exclusively in the high Andean Altiplano regions of Bolivia. Our quinoa is grown at 12,000+-foot elevations in very arid conditions which will not support traditional gluten bearing grain production, therefore insuring us no possibility of potential field contamination with such grains. Our Traditional, Inca Red and Black whole grain quinoa is then cleaned, processed and packed in our quinoa-only organic and gluten free facilities.“ Ancient Harvest quinoa flour is produced in a different plant. Ancient Harvest also produces the Trader Joes brand.

One of the other manufacturers, Arrowhead Mills packs their product on the same lines as they do flour, though on different days, after a clean up. This was confirmed by the OK who certifies this plant. The OK confirmed that Eden Foods quinoa, also under the OK, is usable for Passover, if checked before Passover.

“The Star-K tested quinoa to see if it would rise It did not, it decayed. The result was as Chazal termed, sirchon; the quinoa decayed – it did not rise.”

The Star-K considers quinoa to be kosher for Pesach provided it is purchased from a company that does not process chometz and the quinoa is checked before Passover.

You should always follow the advice of your own rabbi. If using quinoa, consumers are urged to carefully check grains before Pesach for extraneous matter.

Quinoa should also be rinsed to remove a bitter saponin layer that is found on the outside of the quinoa.
(www.kashrut.com)
Advertisement 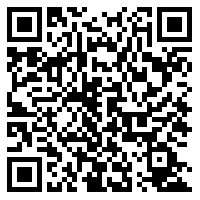