Home Magazine Archives Don’t Take The Bait (Part I)
Share on Facebook
Tweet on Twitter
Many years ago, I remember talking to a parent of a particularly difficult student. The parent confessed that he often gives into the child because the child threatens him. He told me that if he tries to punish the child, the child threatens him with calling Social Services. Feeling he has no choice, the fathers backs down and the child goes unpunished. I suggested to the parent that he is not allow his child to intimidate him. I went so far as to say that the next time the child threatens him with Social Services, he looks up their phone number and hands it and the phone to the child and tell him to go right ahead and makes the call.

We can never stop being a parent. We are always teaching our children whether they are four or 40. We are their models and we have a responsibility to be good models. Part of that role is to not allow ourselves to be threatened or intimidated by our children. It is not as easy to do as it sounds. This is even more difficult for many well spouses who are so used to being in the role of caregiver of their spouses and protectors of their children. They are so habituated to make things “good, calm, happy and normal” for everyone around them they may not even hear a threat as more than a request to be met.

When the holidays were coming, a friend came to me frazzled and tired. All her children were coming from out of town for Yom Tov. Her house would soon be full of 19 people, more than half of them children. As much as she was looking so forward to seeing them, she was exhausted from the preparations. To make matters worse, her children, though living just a few blocks away, didn’t want to miss the action. Nor did they feel like bundling up her children and schleping them home when their siblings already had theirs in bed at their mother’s home.

And so, the daughter told her mother that if she, too, could not sleep over for Yom Tov, she wouldn’t come at all. My friend was beside herself. As it was, she had no room for anyone else. With all the children’s different sleep schedules and different behavior standards, she doubted that she and her husband would get any sleep at all. Yet, she was so looking forward to having all her children there. She wanted to make her child happy, her child’s Yom Tov easier and joyous, she didn’t know what to do. She would be devastated if this daughter was angry and didn’t come.

I gave my friend two suggestions. The first I felt would solve everyone’s problem and give her daughter some insight into how hard her mother worked preparing for the Yom Tov. I suggested she tells her daughter that she understood her desire to be with her siblings and so, she could have her parents’ room and her parents were going to go to her house in exchange and have a good, quiet, night’s sleep. Of course, mother wouldn’t be there to help with breakfast for the now 23 houseguests, or with snacks or naps. Her children would just have to fend for themselves. They shouldn’t forget to have the table set and have the food warmed and prepared for lunch when the parents would come home, after shul, of course.

However, it goes against everything I hold dear to be so outwardly threatened by children. So, if suggestion one, changing apartments, wasn’t something she was comfortable with, I’d simply suggest saying “no”. I doubt that her daughter would opt to making her own Yom Tov meals just to prove a point. But if she did, so be it. I know my friend would feel terrible not having this daughter and her family with her children, but giving in to threats just encourages more threats and is no way to have a relationship. To my way of thinking, it was worth the risk. Having said that, I also told my friend that she, and not I, would have to deal with the consequences of her decision; so she needed to think carefully of what she was more comfortable with.

I know it is easy to give advice and harder to live with the consequences. But being threatened by our own children is not something we would or should accept when they were young much less now, as adults. Perhaps my friend’s daughter could not see how exhausted her mother was or didn’t realize how difficult housing four more people would be for anyone − and even more so for a well spouse.

Perhaps her mother needed to sit down calmly and explain the difficulty or ask her daughter to host some meals, and or even house some of the siblings. However, if working it out together doesn’t work and the threat persisted, I think my friend has a bigger problem then even she realizes. And simply saying “no” may be the only way to stop it from escalating. 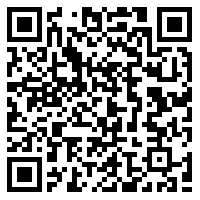