Last month’s column dealt with Rav Schwab’s arrival in Baltimore from Germany in 1936 when he assumed the position of rav of Congregation Shearith Israel, his adjustment to life in America, and his mastery of the English language as well as some difficulties he encountered when he insisted on maintaining the synagogue’s policy that only those who were Shomer Shabbos could be members.

From 1936 on, the situation of Germany Jewry continued to deteriorate under the Nazis. Jews were desperate to leave Germany, but this was not easy or even attainable. Many German Jews who might have escaped before the Final Solution took full effect found their efforts often thwarted by U.S. bureaucracy. Rav Schwab and his kehilla were in the forefront to provide German Jews with the proper papers needed for immigration to America.

The following is quoted from the article “Memories of Shearith Israel,” written in December 2000 by Rabbi Moshe Schwab, Rav Schwab’s eldest son. I have edited and modified it somewhat, and he has kindly given me permission to include it here.

My father, with the help of many goodhearted members and congregants of the shul, worked very hard obtain affidavits to bring many people who were fleeing Hitler’s Nazi Germany to America – particularly to Baltimore. Mr. and Mrs. Myer Strauss were especially helpful in freely giving affidavits to their desperate brethren in Germany, enabling them to come to America. And there were many others who also helped greatly in this undertaking.

The advent of these refugees from Germany greatly enriched the population of the shul. They were a great asset to the congregation and felt very comfortable and welcome in “Rabbi Schwab’s Shul,” which had the German minhag to which they were accustomed. Our house was a center of encouragement and welcome for these penniless people. My father and mother helped many of them with housing and employment in the face of the Great Depression, which still affected America at that time.

Respect for a Beis Haknesses

On a personal note, we children were taught by my father to have the greatest respect for a beis haknesses and to conduct ourselves with great dignity while in shul. When I was about seven or eight years old I must have become a little impatient in shul and began moving and walking around. My father immediately looked at me sternly and ordered me to my seat, directly in front of him. Observing this scene, one of the congregants approached my father and said, “Rabbi, here in America we are not that strict with our children.” Whereupon my father retorted: “You will have to leave the education of my children completely up to me.” Needless to say, that was the end of anyone’s interference with our education.

I remember the early Simchas Torah celebrations at Shearith Israel. First of all, there were no evening Hakofos on Simchas Torah until Rabbi Schwab initiated this minhag in shul, and this was not too happily accepted by the old guard. It was a beautiful sight to watch my father dancing with the Sefer Torah on Simchas Torah, night, as well as day. He would dance gracefully, including doing full 360-degree twirls, with a big smile on his face. This was especially entertaining for the children, who could see their rabbi “loosening up” to show his happiness with the Torah.

Leon Rivkin, the Hebrew School principal, would organize the children, distribute flags to them, and supervise their participation in the Simchas Torah Hakofos processions around the shul. I also remember how Jerry Senker would lead the children in their chant of “Meeeeeh,” imitating the bleating of sheep, as he would call out “Tzon Kodoshim” between Hakofos. 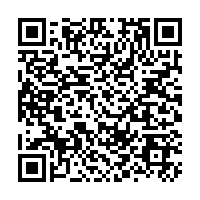