MK Rabbi Israel Eichler (UTJ) on Sunday will introduce a bill prohibiting execution procedures against debtors before the Jewish holidays. The bill seeks to delay proceedings of the Execution Office to collect taxes three days before each holiday.

According to MK Eichler, who serves as Chairman of the Knesset Public Petitions Committee, the bill is submitted in response to many requests from citizens who find themselves helpless with foreclosed bank accounts during the biggest spending time, just before the holidays.


According to Eichler, sometimes a citizen does not notice that his account had been foreclosed, and right before the holiday he goes to withdraw money for shopping, only to find himself without access to his money and nowhere to turn. His checks might bounce and he has no way to deal with the situation when the execution office, and even his bank branch have closed until after holidays.

In his notes of introduction to the bill, Eichler explains, “The purpose of the Execution and tax collection system is to force on the debtor procedures in order to collect money that he owes. But by using the system on the eve of a holiday, the infringement is unreasonable, since the debtor is unable to raise the money, can’t cover the debt until after the holiday, and meanwhile he faces restrictions imposed on him because of debt,” [and ruin his and his family’s holiday joy needlessly].

Why Not Try For The Most Bang For The Buck 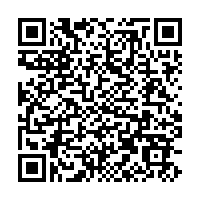