On a societal level, unscrupulous behavior will also outweigh positive influences. Recognition of this phenomenon has finally escaped the walls of the beis midrash and has become a recognized theory in crime prevention. The Broken Windows Theory is the name applied by two criminologists in the 1980s to the premise that a bad influence that is not reigned in, will disproportionately deteriorate.

James Q. Wilson and George Kelling wrote that if a window is broken and left unrepaired, people walking by will conclude that no one cares and no one is in charge. Soon more windows will be broken, and the sense of anarchy will spread from the building to the adjacent street, sending a signal that anything goes. Basically, broken windows that are not repaired are a signal that disorder and crime are tolerated, accepted or ignored.

The permissive atmosphere this broadcast will lead to further and more serious crimes that will threaten the safety of a city. Graffiti, public disorder, and panhandling are the equivalent of broken windows which are in turn invitations to more serious crimes. The presumed logic of the thief is that if a neighborhood cannot keep a bothersome panhandler from annoying passersby, it is even less likely to call the police to prevent a potential mugging.

Fixing broken windows and erasing graffiti, however, heralds vigilance regarding lawful behavior. The Broken Window Theory has profoundly influenced police work and is attributed with the decrease of urban crime in the 1990s.

In the year 2000, Malcolm Gladwell wrote a study of the social epidemic that became a national bestseller. Tipping Point, interestingly subtitled, “How Little Things Can Make a Big Difference,” argues that crime can be as contagious as a fashion trend and spread to an entire community.

If there ever was a crime epidemic, it would be New York City in the 1980s, when Gotham’s transit system became the most dangerous in the world and ridership plummeted to below 1917 levels. Crack cocaine and heroin infested New York City, increasing street crime, child and spousal abuse. Homicides skyrocketed while industrial decline, economic stagnation, and white flight led to an unprecedented downturn.

The New York Transit Authority, which was on the verge of collapse, hired a new director for the subway system who was an adherent of the Broken Window Theory.

David Gunn was logically advised to stay focused on the larger issues of crime and subway reliability, but the man was obsessed with graffiti and would not allow a graffiti infected train to travel the tracks of the MTA. “We were religious about it,” Gunn asserted. “So that if a train came in with graffiti it had to be cleaned or it was removed from service; this way sending an unambiguous message to the vandals.

“We had a yard up in Harlem on 135th Street where the trains would lay up overnight. The kids would come the first night and paint the side of the train white. Then they would come the next night, after it was dry and draw the outline. Then they would come the third night and color it in. It was a three-day job. We knew that the kids would be working on one of the dirty trains, and what we would do is wait for them to finish their mural. Then we’d walk over with rollers and paint it over. The kids would be in tears, but we’d just be going up and down, up and down. It was a message to them. If you want to spend three nights of your time vandalizing a train, fine. But it’s never going to see the light of day.”

Is It Proper…? What would you recommend these people think about as they sit down to the Seder to celebrate the holiday of freedom? 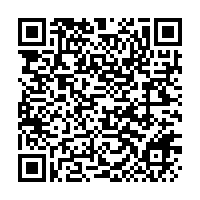