If you look at an ad or a commercial, more often than not the hype will be about the “new and improved” version of a product. The emphasis is on the fact that it’s “newer” and thus better than the “earlier” version.

Maybe that works for products, but as far as I’m concerned, if I had to promote myself, “older and improved” would be the selling point.

You read right – older and improved. With a birthday coming up three days before Purim, I will be a year older, and in my eyes that is a good thing. Many of my generation view an approaching birthday with the same enthusiasm as they do an upcoming root canal. Birthdays – and the increase in their years of life is a reality they reluctantly view as an annual occurrence they have no choice but to get through – like Tisha B’av. Just as in the case of the fast day, the morning after a birthday brings a ripple of relief that they don’t have to deal with this unwelcome herald of aging for another year.

I beg to differ. I am delighted that with the arrival of my birthday I get a year older. Older is good – because with age comes the wisdom of experience; the smarts that come from having “been there and done that” – or not.

In other words, I relish getting older because I feel I get less stupid. I gain more clarity, more sechel and the price is cheap – a few wrinkles, a slower metabolism, walking rather than running to catch the bus – a real bargain when you weigh the pros and cons.

I would not trade places with my younger, naïve, gullible self for any price – not even for the beauty, energy and vitality that is the domain of the young. I’m so much more comfortable in my “old” (more mature) skin, than I ever was in my “old” (read young) skin because introspection bestows life-enhancing insight. I know who I am and with that no longer elusive knowledge, there is sweet self-acceptance and approval.

When I was young, I let others tell me who I was. I let the opinions of significant – and insignificant others, whose journey intersected with mine, influence my opinion of myself. I allowed both friend and foe – sometimes they were the same entity, to define who I was. I listened to them. I believed them. My younger self did not know that the only opinion I should have heeded and taken to heart was my own. But I didn’t have the confidence that is the byproduct of experience.

I was too trusting of others and not trusting enough of myself. Those days are long gone and will never hold sway over me again.

While there were some positive voices, there were many that were unrelentingly negative. At some point I would have welcomed “parve” opinions – at least they did not hamstring my spirit and make me question my worthiness – but those too were rare. It took a very long time before I realized that many of those who were so critical were themselves so saturated with self-directed negativity that it seeped from their pores. With time I understood that they projected their own overwhelming feelings of inadequacy onto me – not because they were malicious or wanted to hurt me, but because that is all they knew to give. Someone who, for example, has only tasted pepper, does not comprehend sugar and thus cannot offer it.

With age comes an enhanced ability to reflect, analyze and assess. This introspection can lead to understanding and eye-opening answers to the long ingrained “whys” that gnaw at your soul. With many questions resolved, the “emotional potholes” that tripped you can be repaired and you can move forward on the journey you were detoured from.

With the passing of time, those in your younger years who in your naïve eyes were giants, actually shrink, get smaller, and shrivel; and eventually a light bulb goes off in your head and you realize that they were flawed and human, like yourself.

This amazing awareness leads to forgiveness, the emotional catheter that allows life-threatening resentment, bitterness and regret to drain out of you. It also inoculates you from further hurt; it is a shield that deflects any unwarranted, unjustified negativity, blocking crippling self-doubt from infecting you.

I have learned to avoid those who are have been or are or will be “toxic” to my well being. I may understand why they are the way they are, so there is no anger. But I will not let them undermine the “new” and improved me. I’m too old for that.

Happy birthday to me. 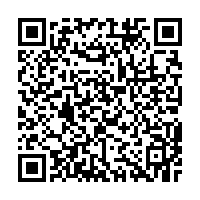