“But when I came by with the toys, he was running around and looked fine.”

“Children get over it fast, Boruch Hashem. I kept him home so he wouldn’t infect the other kids, not because he needed it.” Ruti sighed. “I’m so behind in my cleaning I don’t know what to do. Serves me right for monopolizing the conversation about Pesach cleaning. No one ever listens to me anyway.”
Shoshi stroked Ruti’s arm. “Don’t cry. Actually, I’ve been using your ideas and it’s been my most relaxed, easiest Pesach cleaning ever. I enjoyed sorting through things and was calm, too.”
Ruti brightened up. “Really? You know, when I started to feel sick, I pushed myself to keep going out. I felt sicker inside, the baby still wanted his daily outing, and I wanted to inspire you ladies to clean. Why didn’t anyone tell me that I was making an impression on them?”
Shoshi tried to be tactful. “Maybe next time you could be a little more, uh, gentle about urging us to start cleaning early.”
Ruti nodded thoughtfully. “But what am I going to do about Pesach cleaning? I only have the living room and kitchen left. My husband suggested a cleaning lady, but I’m too mortified to have anyone see what a disaster the place is.”

“I know!” Shoshi beamed. “Hire Bochurim to help. They won’t even notice how it looks!” And they both laughed. 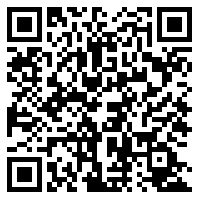