Dr. and Mrs. Schwartz came into the office looking very tired, stressed, despondent and unsure of themselves. They came without Aaron because he had refused to come to the appointment. He claimed that at 15 he could decide for himself if, and when, he would come to appointments about his life. They began by describing an extraordinarily angry young man.

Dealing with the effects of anger and anger management has become a key component of much of my work with youth and adults over the past few years. In fact, approximately three years ago we engaged a researcher to study various anger management theories and existing courses to better understand the components of anger, its effects on the individual and those he/she comes into contact with. Subsequent to that, we have developed a unique anger management program for youth and adults that has proven to be very successful and “user friendly”. Over the next few articles, I will be sharing some of our ideas of issues of anger with my readers. But first, let me share the story of Aaron with you.

Aaron was adopted almost at birth. His anger problems were described as starting very early with increasing issues around the age of seven. Problems continued escalating around the age of twelve and continued with major problems at the time of he was referred to us. As noted, I deal with angry individuals all the time, but at this point Aaron was described as one of the angriest I had heard about. In fact, his parents described him as having constant daily flare-ups, threatening to kill them and burn down the house. They noted that Aaron had a sleep disorder and would more easily “blow up” when hungry, though he often refused to eat. When Aaron would go into “fits of rage”, he would clench his fists, grind his teeth, make demands or give orders and bully others, usually his mother, and make threats as well as make holes in the walls of the family home. When the referral was first made, it was after Aaron had trashed the house, made serious threats against family members and threatened to burn down the home. He was placed in jail overnight. Aaron’s also had significant anger issues in school and with others in their community. His parents knew that Aaron needed immediate help and wanted to avoid having him placed in a group home, but they were unsure how to get him to accept the help he needed.

With prior preparation and encouragement, Aaron did come to the next session. When I went out to meet the family in the reception area, Aaron had his back turned away from me and was reading, or pretending to read, a poster on the wall of the reception area. In no way did he want to be there or make eye contact with me. I avoided any confrontation or issues of power struggling by encouraging Aaron to continue reading the poster and join us when he finished. I was pleased that within a minute or two he joined us in the therapy room. As we started this first session with Aaron included, one could easily see how volatile Aaron was. His father’s cell phone vibrated several times and he became more and more agitated each time. Finally, it was one ring too many and Aaron tried to grab his father’s phone which was on the table. Actually both father and son reached for it at the same time, but his father retrieved it. Aaron started to use fowl language to his father relating how angry the buzzing phone made him. It certainly was not the right time to explore why this bothered him so much. With some guidance from me, Aaron was able to calm down and I suggested that we continue with our “getting to know you” questions for a few more minutes and then we would ask his parents to wait in the reception area while the two of us spoke in private. Aaron pleasantly surprised me and agreed with this plan.

Now, as the famous saying goes, you have to hear the “rest of the story”. After a few moments of ensuring Aaron that our time alone was confidential and talking about some not too threatening points, Aaron was able and willing to engage in discussing some issues with me. A couple of things Aaron said in the course of our discussion made me realize that this very angry young man was also a good-hearted, though very hurt, individual. I quickly began sensing something special about Aaron and in our discussion related that to him. In fact, in spite of the major troubling behaviours at home with his parents, primarily his mother, he was able to tell me that they are “good people”.

I tend to be very vocal in my sessions and I tell my clients that is because as I form ideas or concepts, I believe in sharing them. I let them know that I don’t have to be right, but when I share my thoughts, I give the client the opportunity to respond and, in turn, engage in more discussions. In fact, I encourage them to correct me if they think I am way off base.

As the time was moving quickly and I wanted to engage Aaron as much as possible in this first interview, I validated whatever I could and let him know I understood what he was saying. I also shared with him how hurt I thought he was and how his own anger might frighten him at times. Knowing that Aaron had been previously diagnosed with ADHD and a learning disability, I took a big chance in saying to Aaron that I thought I could describe the happenings of his life. I told him at age four to five he began getting frustrated because he couldn’t seem to keep up with the other kids and he learned the feeling of embarrassment. By seven, other kids started noticing this and began making fun of him. About the same time his parents and teachers started feeling that he was lazy and told him so. By nine he was aware of his own anger growing inside him and began to bully other kids, like they had been doing to him. By eleven he was pretty sure of his inadequacies and knew that everybody thought he was a failure. He was getting into more trouble at home and school and was acting out his anger, which, in turn, got him into more trouble and gave him even more doubts about himself. By thirteen he viewed himself as not only a failure, but also a troublemaker and took pride in how he could intimidate others. This continued until around fourteen when drugs began taking a role in his life. By fifteen, the police were involved and there he was in my office.

I must say that as I was describing this, Aaron’s mouth dropped open, his eyes grew wide and tears formed as he moved closer in his chair. The only thing he could say was, “How did you know?” With that, Aaron and I started a remarkable relationship. With all the counselors he had been to over the years, Aaron said that no one really understood him. Here was the angry young man who didn’t want to be there, fully engaged and ready to work, ready to share his pain, ready to begin a trusting relationship.

You won’t believe how this session ended. Aaron’s story is fascinating and develops into a positive experience in understanding anger management. Stay tune for Part 2, as I share what happened at the end of the session and how Aaron’s (and my) life changed.

Mr. Schild is the Executive Director of Regesh Family and Child Services in Toronto, Ontario Canada. Regesh runs many programs helping families and youth dealing with personal and family issues in their lives. He is currently open to speaking engagements. He can be reached at 416-495-8832 extension 222 or eschild@regesh.com. Visit www.regesh.com. 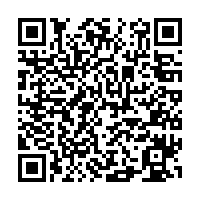