Home Sections Magazine Parshat Toldot
Share on Facebook
Tweet on Twitter
Abraham Lincoln didn’t hold a grudge. In 1862 when he visited General McClellan in his house to discuss strategy and was ignored by the general, Lincoln took it in stride. When asked by supporters why he didn’t fire the general, for such blatant disrespect, Lincoln responded that all he wants from General McClellan is a victory “and if to hold his horse will bring it, I will gladly hold his horse.” While McClellan ultimately proved a failure and was relieved of command by Lincoln, it was for reasons of competence and not personal animosity.
Other people who tested Lincoln’s patience were the members of his Cabinet. Although he masterfully managed most of them, one secretary who remained a constant thorn in Lincoln’s side was the Secretary of the Treasury Salmon Chase. Despite his nonstop scheming against Lincoln and his multiple attempts to replace him as the Republican candidate for president, Lincoln nonetheless kept him in charge of the treasury. When in June 1864 he finally accepted Chase’s resignation (to Chase’s surprise), he never discounted Chase’s intelligence, abilities and commitment to the Union. It was therefore not a total shock when Lincoln nominated Chase to be the new Chief Justice of the Supreme Court upon the death of Chief Justice Roger Taney. Despite Lincoln’s personal issues with Chase, he realized that Chase was the right man for the job.
Lincoln realized that as leader of a country at war, he had no time to let personal feelings get in the way of what was best for the country. Tough decisions had to be made for progress to happen. Thus, personal feelings could not be allowed to affect decisions, nor could decisions be allowed to affect personal feelings. Lincoln was able to hire people he didn’t like and fire those he did like if they didn’t perform. Any leader who allows his personal feelings to affect his decision-making will compromise himself, as a leader.
Rav Samson Raphael Hirsch illustrates this point from a careful reading of the verses describing Rivkah and her relationship to Esav, after Yaakov received Yitzchak’s blessing instead of Esav. The Torah states (Bereishit 27:42): “And it was told to Rivkah the words of Esav her older son and she sent and called Yaakov her younger son and told him that Esav is contemplating murdering you.” Additionally, when the Torah relates that Yaakov went to Lavan’s house, it describes Lavan as “The brother of Rivkah the mother of Yaakov and Esav” (28:5).
Rav Hirsch explains that Rivkah had to make difficult decisions for the good of the future nation of Israel. However, at no point in time was her decision motivated by any personal hatred of Esav. Rather, Rav Hirsch writes that even “After all these events Esav remained the first born and Yaakov the younger brotherin everything Rivkah did, she remained the mother of both Yaakov and Esav, and she functioned as a mother until she died.”
Rav Hirsch further points out that Rivkah maintained this attitude despite Esav’s overreaction and inability to admit that he was responsible for what happened by mocking the birthright and selling it to Yaakov. Most people under such circumstances would develop tremendous feelings of animosity towards a character such as Esav. Rivkah, however, realized that Esav could not be expected to understand her motivation and actions and certainly not to happily accept their consequences.
We can imagine that as a mother Rivkah felt Esav’s pain. After all, the Midrash (Bereishit Rabbah 67:4) describes how, ultimately, Bnei Yisrael were punished for Yaakov causing Esav to cry. We can certainly therefore expect Rivkah to have empathized with Esav on some level. Yet, Rav Hirsch posits, just as Rivkah didn’t allow her decisions to change her opinion of Esav, she didn’t allow her feelings towards Esav to affect her decision. Rivkah’s leadership character enabled her to separate her maternal love from her national responsibilities.
While researching this article I remembered an incident that occurred a number of years ago. A student approached me in the hall and asked if he could discuss an important personal issue with me. After hearing him describe the problem, I told him that I did not have time to talk at length with him there and then, but he should call me at home later that night. Several hours later, that same young man, along with some of his friends, was escorted to my office by a teacher for seriously misbehaving. After responding to the incident and disciplining the students I dismissed them back to class. As they were leaving my office, I saw that this young man looked especially sad. Realizing what he was thinking I called him back into my office and told him “Don’t worry; you can still call me at home later.” I explained to him that the fact that he got into trouble and I had to discipline him had nothing to do with his need to call me. Smiling, he thanked me and returned to class.
Leadership can never be personal. Recently I saw this young man at a wedding and asked him if he remembered the incident. With as big a smile as he had that day years ago he said, “I sure do andthanks again.”

Rabbi David Hertzberg is the principal of the Yeshivah of Flatbush Middle Division. Questions and comments can be e-mailed to him at Mdrabbi@aol.com. 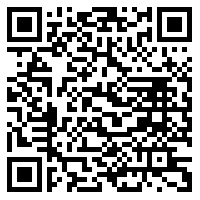